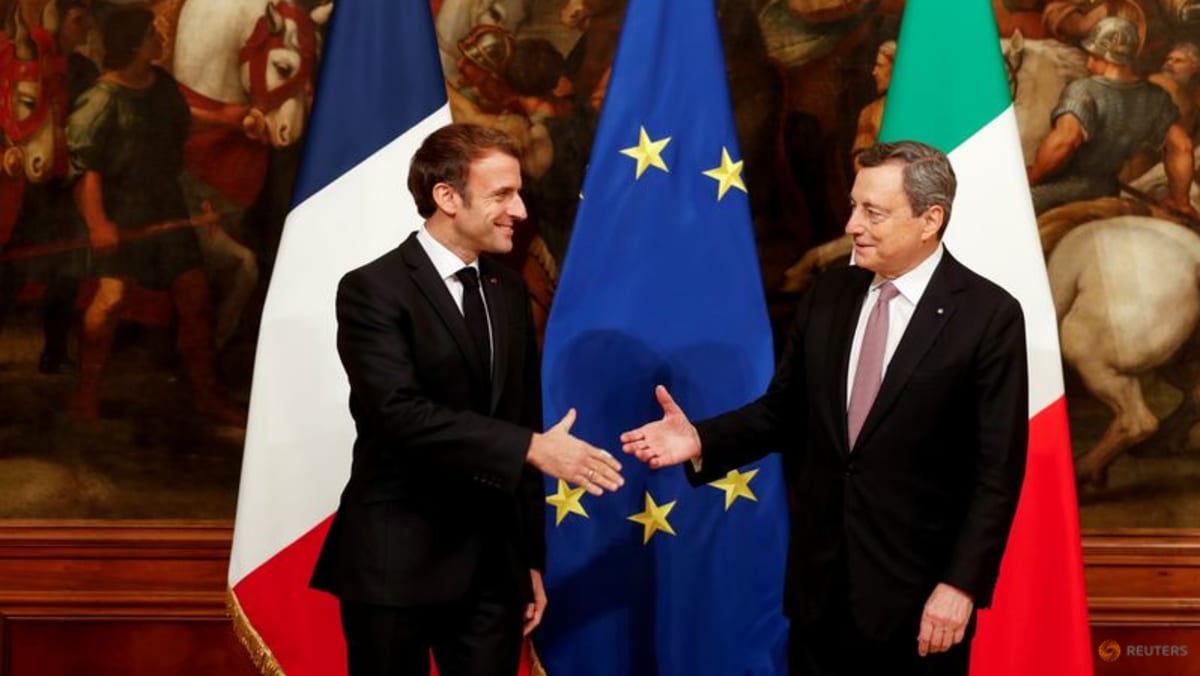 Originally envisaged in 2017, negotiations on the new treaty ground to a halt in 2018 when a populist government took office in Rome and clashed with Macron over immigration.

Relations hit a low in 2019 when Macron briefly recalled France’s ambassador to Italy, but there has been a renaissance this year following the appointment of former European Central Bank chief Mario Draghi to lead an Italian unity government.

A French diplomatic source rejected suggestions that the new axis between the European Union’s second and third largest economies represented any realignment of Paris’s diplomatic priorities.

“We have never played a jealousy triangle with European partners. These bilateral relations, when they are strong … complement each other,” the source said.

The Quirinale Treaty, named after the Italian president’s residence and loosely modelled on a 1963 Franco-German pact, is expected to lead to Paris and Rome seeking common ground ahead of EU summits, just as France already coordinates key European policy moves with Germany.

Full details of the pact have not been released but there will be special interest in sections covering economic ties and cooperation in strategic sectors.

French companies have invested heavily in Italy in recent years, but Italian politicians have accused Paris of being less forthcoming when Italian businesses seek cross-border deals.

Italian officials suspected Paris actively sought to undermine the deal behind the scenes.