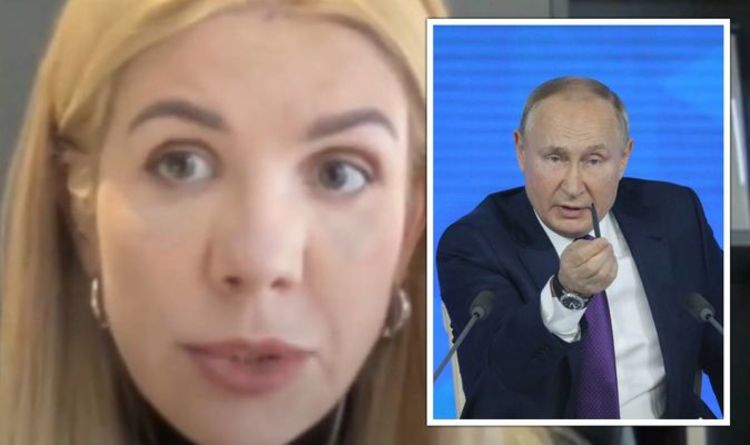 Leader of the Ukrainian Voice party, Kira Rudik, spoke to Express.co.uk about the situation on her country’s border and how Russian aggression would not stop with them. Ms Rudik said Vladimir Putin “would not stop” with just Ukraine as he would continue to expand his “spheres of influence” as she demands more help is given to fight Russia back. Ms Rudik said she “did not want to think” about what happens if Ukraine fails its defensive mission and warned EU nations that Russia would come for them too.

Speaking to Express.co.uk following the talks between the US and Russia this week, Ms Rudik delivered a stark warning to European nations that the situation in Ukraine was not as “far away” as many people think.

She explained: “So, we totally understand that the only way to move forward is for us to continue this [negotiation] path.

“We are expecting that there will be support on helping on this path because if Ukraine fails Putin will be able to complete his plan.

“We see it right now and Ukraine and I think Georgia are two countries right now where this fight still continues.

“Last, for the EU countries Ukraine right now is a democratic shield, imagine what would happen if we fail.

“I don’t want to think about it but that would mean that European countries will have the aggressor at their border.

“And we know how it is and I would generally tell you that this is not a pleasant situation.”

US officials met with Russia in Geneva earlier this week to discuss Russia’s demands to de-escalate military exercises near the Ukrainian border.

Russia demands Ukraine be barred from joining NATO and that the alliance ends its expansion eastwards.

Deputy Secretary of State, Wendy Sherman, told Russia that banning Ukrainian membership of NATO was a non-starter as further talks are set to be held.

Mr Klitschko and Ms Rudik were both frustrated that the talks did not involve Ukraine as a big partner.

The former boxer said: “Everybody is talking about Ukraine, without Ukraine.”