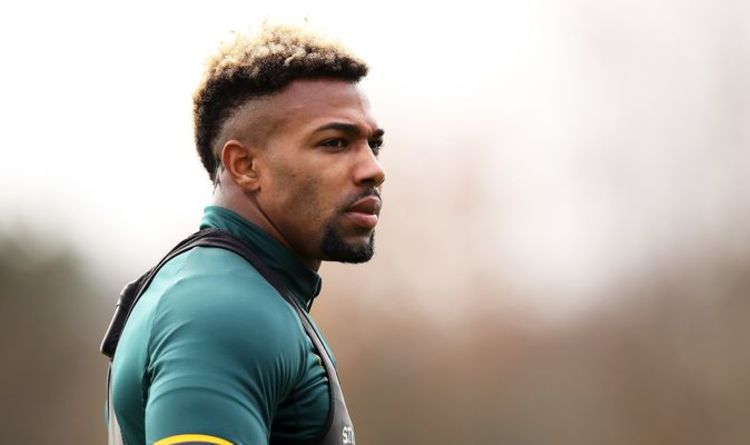 Tottenham director Fabio Paratici is prepared to offer as many as four players in exchange for Wolves winger Adama Traore, according to reports. The 25-year-old is said to have been identified as a target by those in command in north London as they seek a renewed assault on the Premier League’s upper reaches between now and the end of the season.

Traore has featured heavily for Wolves as of late, making 18 appearances for the club since the beginning of the campaign.

However, his future appears to be up in the air after failing to agree a new contract with the west Midlands outfit.

The Spaniard is currently tied down until the summer of 2023 but is said to be considering his options ahead of a potential move elsewhere.

Tottenham were linked with Traore during pre-season and have reportedly retained their interest in his services ahead of this month’s transfer deadline.

Antonio Conte is said to be keen on transforming the former Middlesborough and Barcelona man into a right wing-back in order to bolster his defensive options ahead of the Premier League run-in.

JUST IN: Arsenal’s triple swoop would cause concern for Man Utd and Spurs

It seems as though Spurs are eager to thrash out a deal with Wolves as a matter of priority, with the idea of a player-plus-cash agreement having already been discussed behind closed doors.

Any of Jack Clarke, Japhet Tanganga, Ryan Sessegnon and Joe Rodon could end up going the other way after being mentioned during preliminary talks with the west Midlands outfit, according to TEAMtalk.

A move for Traore is not believed to be dependent on Wolves taking one or more players, but a part-exchange deal is among the options under consideration.

The Spaniard is reportedly open to leaving Molineux before the end of the month in order to make a fresh start under Conte’s guidance at Spurs, who are said to be in talks over a potential fee of around £20million.

Wolves boss Bruno Lage has already confirmed his desire to add to his squad over the coming weeks, with the sale of Traore likely to play a role in funding any moves to bring players in.

“I pray every training and every game that the guys don’t have any injury because we play with three centre-backs and I just have those three,” the Portuguese coach told reporters earlier this month.

“We need one, we need one centre-back. I think also we can find one more winger, a different striker, so we have two or three situations we can improve to manage better our squad.”

Meanwhile, former England striker Kevin Phillips recently questioned Tottenham’s interest in Traore, suggesting that he is not consistent enough to thrive at the very highest level.

“It’s been two, two and a half years now since we’ve seen him at his best,” Phillips told Football Insider.

“It’s worrying because he won’t be able to play at that intensity forever. I’d be very surprised if Conte was to bring him in as a wing-back.

“His defensive qualities are virtually non-existent. Going forward, on his day, you can’t stop him, but his problem has just been the inconsistency.

“I can’t see him playing regularly at Spurs if he does sign there. I see him as more of a bit-part player if I’m honest.”