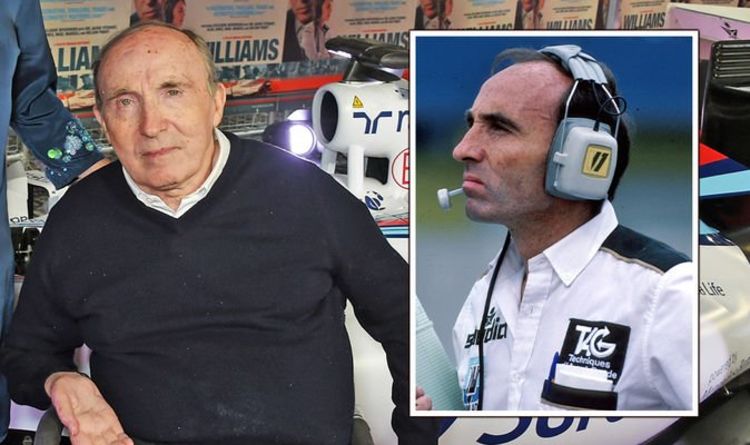 Sir Frank Williams CBE, the founder and former team principal of Williams Racing, has died at the age of 79. On behalf of the Formula One legend’s family, Williams Racing confirmed the sad news on Sunday afternoon.

An official statement read: “It is with great sadness that on behalf of the Williams family, the team can confirm the death of Sir Frank Williams CBE, Founder and Former Team Principal of Williams Racing, at the age of 79.

“After being admitted into hospital on Friday, Sir Frank passed away peacefully this morning surrounded by his family.

“Today, we pay tribute to our much loved and inspirational figurehead. Frank will be sorely missed. We request that all friends and colleagues respect the Williams family’s wishes for privacy at this time.

“For those wishing to pay tribute, we ask that donations are made in place of gifts to the Spinal Injuries Association. Alternatively, we would welcome flowers to be placed at the entrance of the team’s headquarters in Grove, Oxfordshire. Details of the memorial service will follow in due course.”

“The Williams Racing team is truly saddened by the passing of our founder Sir Frank Williams,” Capito said.

“Sir Frank was a legend and icon of our sport. His passing marks the end of an era for our team and for the sport of Formula 1.

“He was one of a kind and a true pioneer. Despite considerable adversity in his life, he led our team to 16 World Championships, making us one of the most successful teams in the history of the sport.

“His values including integrity, teamwork and a fierce independence and determination, remain the core ethos of our team and are his legacy, as is the Williams family name under which we proudly race. Our thoughts are with the Williams family at this difficult time.”