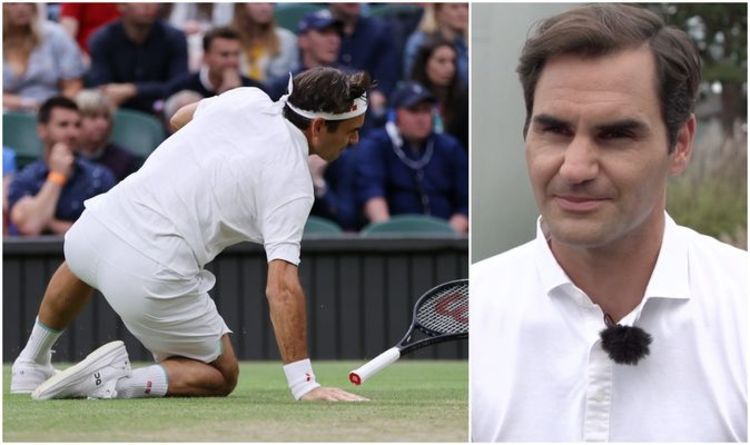 Roger Federer‘s withdrawal from the US Open due to knee surgery came as a shock after he missed over a year of action with the same problem. But in an interview with Mercedes-Benz, Federer says he is ‘feeling good’ in his recovery.

The Swiss veteran, 40, fell victim to another knee injury in the summer, requiring the same surgery that he had twice after the Australian Open in January last year.

Many rumours surfaced that the tennis legend might even retire, but that wasn’t to be the case much to the delight of fans.

Despite his fitness problems in the past 18 months, Federer is aiming to partake in the upcoming Australian Open in January.

Having last won the tournament in 2018, Federer is no stranger to Melbourne Park with only Novak Djokovic topping him in terms of title wins.

And he will see no reason why he can’t do come out on top again, should he return to full fitness.

“Yes, thank you, I’m feeling actually really good considering that things are not as I hope they would be,” Federer said in an interview with Mercedes-Benz.

“I must say I’ve had no setbacks, you know every day is a better day. I’m feeling strong and excited for what’s to come.

“I experienced it of course a little bit last year and was actually surprised how somewhat easy it was for me to go through the rehab process, because I know it’s not everybody’s favourite thing to do, especially as a top athlete.”

“Of course, I wish I could be back on the tennis court as quick as possible but I have to be patient.

“Look, it’s a slower period right now, I’ve got to take it step by step but so far so good so, I am very happy.”

Federer will look to win his seventh Australian Open in January, having missed out on this year’s tournament with his knee problems.