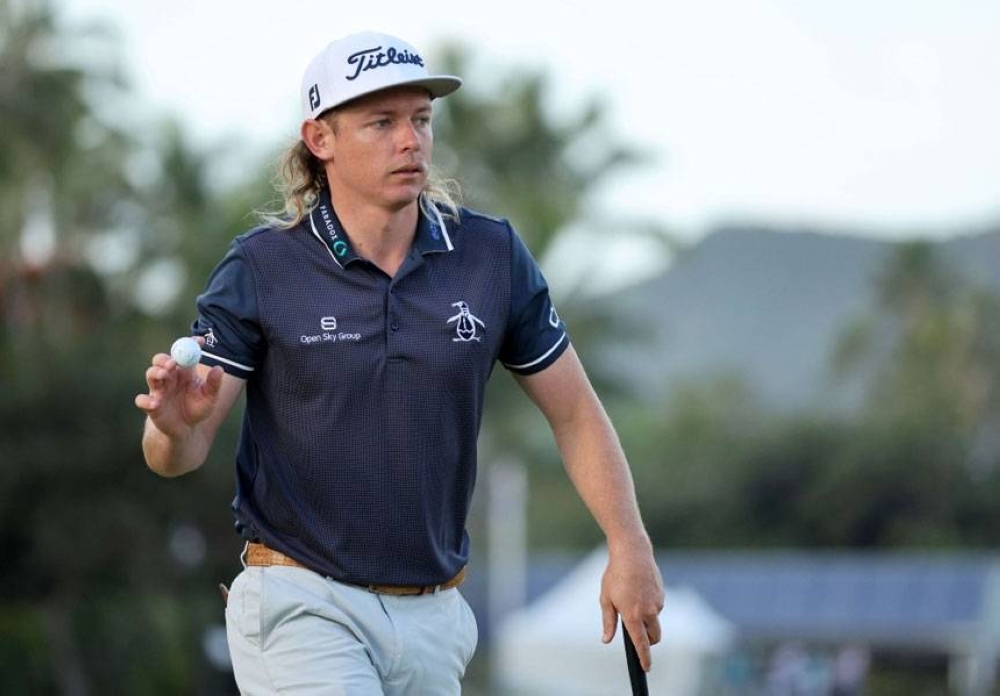 LOS ANGELES: Cameron Smith isn’t boosting his expectations for 2022 after winning the PGA Tournament of Champions, even though his last triumph in Hawaii came ahead of a major runner-up showing.

The 28-year-old Australian outfought Spain’s top-ranked Jon Rahm down the stretch last week to capture the event in Maui ahead of his start in the Sony Open in Hawaii at Honolulu.

“Game felt really good coming down the stretch there with one of the best golfers in the world,” Smith said. “To match up with him was something I’ll never forget.

“It’s flying but I’m ready for tomorrow. I’m ready to get back into it.”

Cameron, who fired a PGA Tour record 34-under par to win at Kapalua, won the 2020 Sony crown and in November delivered his best major finish by sharing second at the Masters behind Dustin Johnson.

Cameron has risen to a career-best 10th in the world rankings and with three top-10 efforts at Augusta National in the past four years, it might seem like the perfect moment to lift his sights. But he’s not.

“I’ve never really wanted to expect anything of myself,” Smith said Wednesday. “I’ve always been a process kind of guy. I feel like if I tick all the boxes I’m going to play some good golf. I definitely want to play well, but I never really expect too much of myself.”

He won’t set goals like reaching the top five in the rankings or boosting his win total from six, four on the US tour and two at the Australian PGA Championship.

Smith has improved his diet and fitness for the campaign.

The victory boosted his confidence off the tee for tougher conditions and tighter fairways this week at Waialae Country Club.