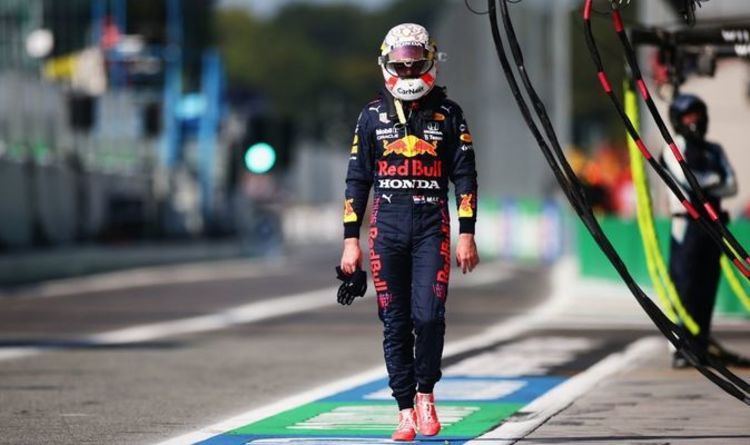 Max Verstappen has defended his decision not to check on Lewis Hamilton after their dramatic crash at the Italian Grand Prix. The championship protagonists tangled as Hamilton exited the pits on lap 26 and took the inside line into Turn 1 to defend against Verstappen, who bumped along kerbs and collided with the seven-time world champion.

The pair ended up beached in the gravel and the Red Bull was planted on top of Hamilton’s Mercedes, with Verstappen subsequently handed a three-place grid drop for the Russian Grand Prix, with eight races left of the season.

Both drivers were able to get out of their cars but Verstappen headed straight back to the pits without checking to see if his title rival was okay.

Hamilton himself said he was “surprised” by the 23-year-old’s actions yet Verstappen has come out to explain why he walked away.

“No, Lewis was fine,” Verstappen said on Sunday night when asked if he could have done more after the crash.

“He was still trying to reverse when I was already out of the car, so when you’re not fine, you are not doing that.”

But Red Bull boss Christian Horner was disappointed by Wolff’s comments, and believed Verstappen deserved more respect from Hamilton at that point.

“I think he earnt enough to be given a bit more space to work with on the left there, so you can probably argue it from both sides so I think if you take a middle ground on it you’d say it was a racing incident,” began Horner, speaking to Sky Sports.

“But I genuinely think that you could argue that Max should’ve bailed a bit more on the left, you can argue that Lewis should’ve given him more space.