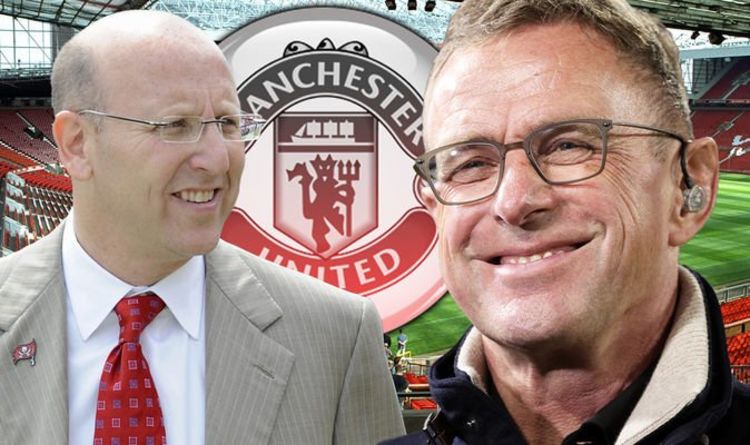 Manchester United have reportedly reached an agreement with Ralf Ragnick to become their interim manager, taking over from Michael Carrick who had been placed in caretaker charge since Ole Gunnar Solskjaer’s sacking. Rumours had circulated around the possibility of Mauricio Pochettino taking charge, although it looks as though the club have made their decision.

The Old Trafford hotseat has been a topic of fierce debate in the days since Solskjaer’s dismissal.

Pochettino seemed to be the most likely option to replace him, but with similar problems cropping up for many of the club’s managerial targets, leaving PSG mid-season has proven difficult.

The board earlier stated that their intention was to appoint an interim manager who could lead the side through the rest of the season.

Ragnick’s name has long been in the mix, and the latest reports indicate that an agreement has been reached on both his short-term and long-term roles with the Red Devils.

According to The Athletic, the agreement includes a six-month contract as interim coach, followed by two years of consultancy.

Ragnick has enjoyed a distinguished career both on the touchline and behind the scenes, most recently working as Head of Sports and Development with Lokomotiv Moscow.

Supposedly, it all now rests on the Russian club to approve the deal which would see the German take the reins from Carrick.

The report also states that, due to work permit issues, he will not be in place to take charge of Sunday’s mouth-watering clash with Chelsea.

United fans are sure to be pleased with the news that he can lead the team thereafter though, with a stellar reputation earned through stints with Hoffenheim, Schalke and RB Leipzig, among others.

Within the last few years, he also played a prominent role in recruitment for both RB Leipzig and RB Salzburg, unearthing numerous gems in the process.

That should come as an exciting prospect for the Red Devils given that the January transfer window is just around the corner.

Other names like Rudi Garcia and Ernesto Valverde had reportedly been in contention for the interim role after meetings with Ed Woodward this week.

After a daunting trip to Stamford Bridge, their next game is a midweek clash with Arsenal at Old Trafford which could be Ragnick’s first at the helm.

If the club’s hierarchy are able to push the deal over the line, the 63-year-old will be tasked with propelling United back up towards a top-four spot and beyond.

Due to disastrous recent form under Solskjaer, they have fallen 12 points behind Premier League leaders Chelsea, receiving their fair share of hammerings in the process.

Carrick’s dugout debut against Villarreal was, however, a success, which could be a sign that things are looking up on the red side of Manchester, and Ragnick’s prospective appointment could well be the next step towards their recovery.