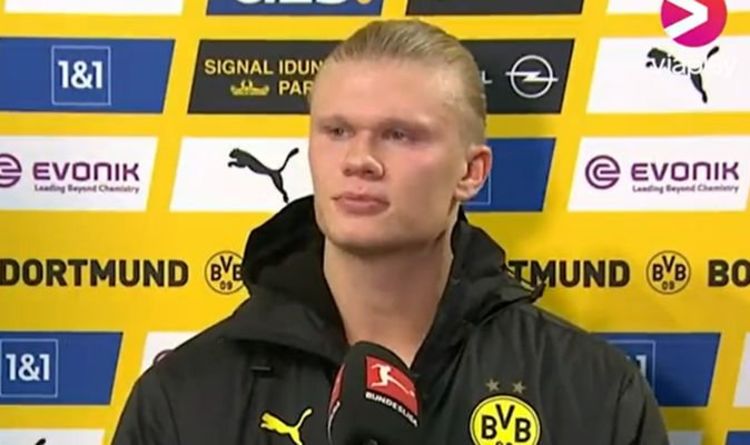 Manchester United could be forced to act quickly to land Borussia Dortmund striker Erling Haaland after the superstar admitted his club are pushing him for a decision about his future. Haaland has been tipped to leave the German giants after becoming one of the best strikers in the world.

Haaland was in action on Friday night as he grabbed a brace in his side’s 5-1 Bundesliga thumping of SC Freiburg.

And after the game he admitted Dortmund want to know where his future lies.

“Borussia Dortmund are now pushing me to make a decision about things,” Haaland said.

“But I just want to play football. That probably means that I will soon have to get things started.

“I never spoke until now to respect the club.”