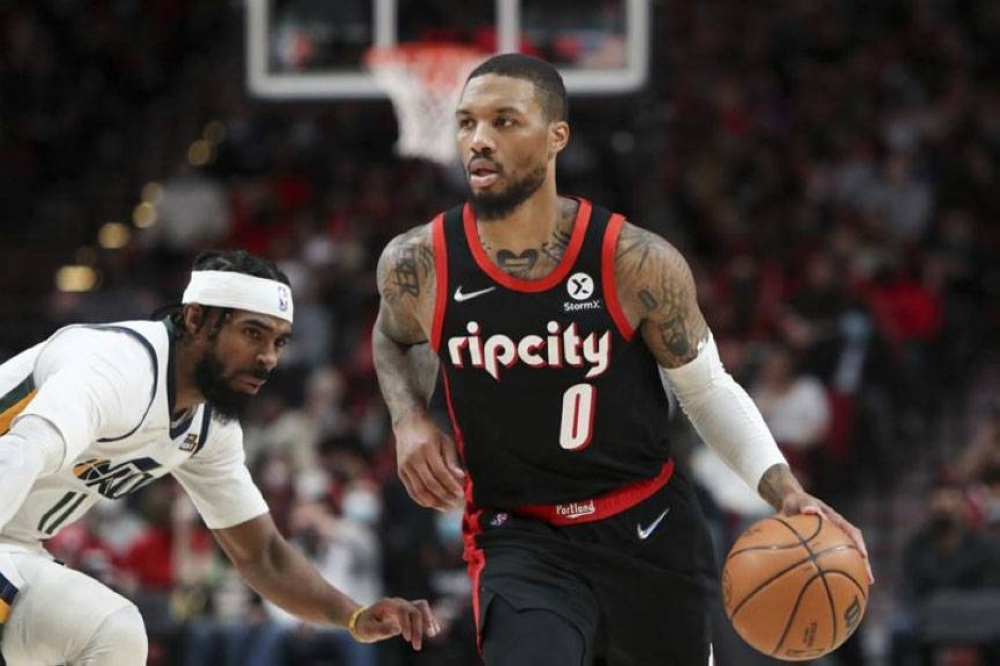 PORTLAND, Oregon: Portland Trail Blazers guard Damian Lillard had surgery to repair a core injury that has been causing him abdominal pain this season.

He will be evaluated in six weeks but there is no timetable for his return, the Trail Blazers said Thursday (Friday in Manila).

Lillard, a six-time All-Star, has missed five games since the start of the year, and 11 games overall this season, because of lower abdominal tendinopathy. He has said the injury flared up during the Tokyo Olympics.

“It wasn’t easy at all because I just love being out there. Like, I love being out there playing,” Lillard said in a story posted to the Blazers’ official website. “I’ve always been available to play but I think the older you get, the more experience that you have, not just in sports but in life, it becomes more important to play chess. My pride might say ‘Keep fighting it out, get the job done again. Try to get in the playoffs.’ And then the older me is saying ‘You can’t do none of that stuff if you’re not at your best.'”

Lillard has averaged 24 points and 7.3 assists in 29 games this season for the Blazers. Anfernee Simons has started in his absence.

The procedure was performed in Philadelphia at the Vincera Institute.