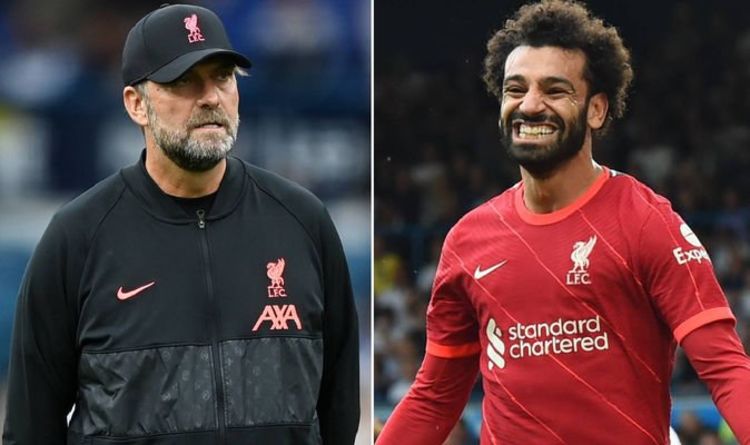 Liverpool boss Jurgen Klopp has told club owners Fenway Sports Group that superstar Mohamed Salah can be the club’s go-to man for many more years as he backed him to maintain his level into his 30s. Salah has two years remaining on his current Anfield deal and is in talks over an extension.

The 29-year-old has been in sensational form for the Reds this season and has struck three goals in his side’s opening four Premier League games.

Those goals have helped Liverpool move up to third place in the table, with the side securing three early-season wins.

Liverpool prepare to host AC Milan as they get their Champions League campaign up and running on Wednesday night.

And Klopp delivered his message in his press conference ahead of the eagerly-anticipated match that Salah would justify any big pay-rise in a deal, because he can sustain his world-class performances for many more seasons to come.

“I never spoke to him about how long he wants to play, but he has all the attributes to do that,” Klopp said when asked by reporters whether Salah could play at the highest level into his 30s like Lionel Messi, Cristiano Ronaldo and Robert Lewandowski.

“He is more physically the type of Lionel Messi, obviously, similar height and weight, probably, so all these guys need to be lucky with the injuries.

“They were not without injuries but they could always come back from that without any further harm. That is very important.

“You need to be very lucky but Mo has all the things you need and I am pretty sure the way he sees football, he wants to be a part of the game for as long as he can, somehow.

“And there is no reason why he shouldn’t be able to do that. It is about attitude, obviously, you want it.

“I am pretty sure a couple of players finished their careers because they couldn’t be that motivated, they say ‘I want this or I want that but I am not the same as I was a few years ago’. That is why people finish their careers.”

Salah became the fifth-fastest player to reach 100 Premier League goals at the weekend after scoring the opener in Liverpool’s 3-0 victory over Leeds United.

According to the Liverpool Echo, club chiefs are already in discussions with Salah’s representatives about a new deal.

And they could be willing to make the Egypt forward the highest-paid player in the club’s history in order to ensure he signs.

The Anfield club have already handed out a string of new contracts recently, with the likes of Trent Alexander-Arnold, Virgil van Dijk and club captain Jordan Henderson putting pen to paper.

Salah enjoys legendary status on Merseyside after helping the Reds win the Champions League in 2019 and the Premier League in 2020.

He has now scored 128 goals in 207 games for Liverpool in all competitions and has assisted 49 more.

And Salah is likely to be named in the starting line-up once again for the visit of seven-time European champions AC Milan on Wednesday night.

“It’s about getting enough points to get through so we should not waste time,” added Klopp ahead of the match.

“[It’s] a long time since we had a home game at Anfield [with fans]. European nights at Anfield – I can’t wait to experience that again.”