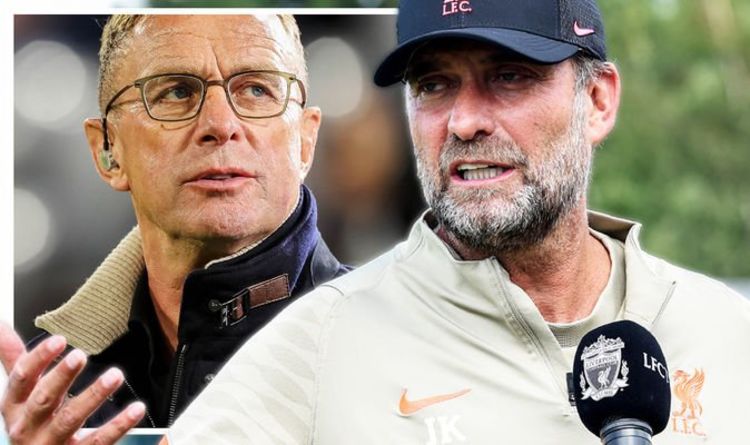 Jurgen Klopp admits it’s ‘not good news’ that Ralf Rangnick will be managing in England. Manchester United are set to appoint Rangnick as their new interim manager until the end of the campaign after sacking Ole Gunnar Solskjaer on Sunday morning.

“It’s a bit tricky, we usually don’t talk until they are confirmed,” Klopp said ahead of Liverpool’s Premier League clash with Southampton.

“It’s obviously a really experienced manager. Unfortunately a good coach is coming to England and Man Utd. He famously built two clubs from nowhere. United will be organised, which is not good news.

“The first concern is always a coach and that is what he is.

“He is highly regarded with the coaches – where he has been he has done incredible jobs. He started as a young man at Stuttgart and then made his way up.

“I faced him when I was a young coach – he might have forgot that, but he called me a lot at Mainz.”