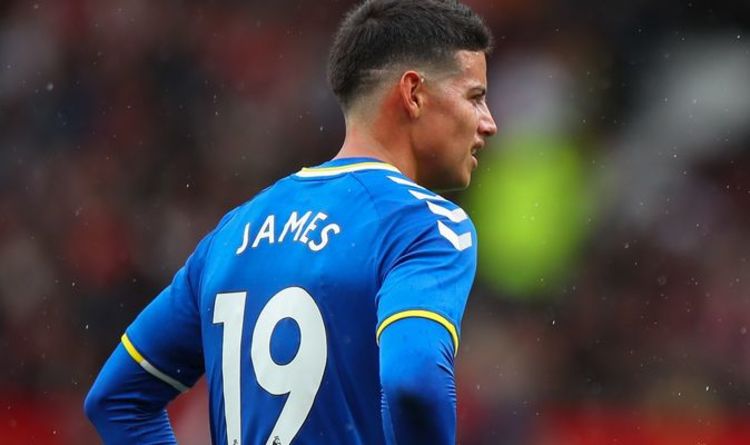 James Rodriguez’s extraordinary decline from one of the most exciting players in the world to a peripheral figure for Everton has been summed up by a quote from Colombian legend Faustino Asprilla. Rodriguez first burst onto the scene at the 2014 World Cup, where he won the Golden Boot and put in a series of sensational performances for his country.

That form earned him a big-money move to Real Madrid, but he never quite lived up to expectations at the Bernabeu, and he spent two seasons on loan at Bayern Munich.

Last summer he was sold permanently to Everton after being convinced to join the Toffees by his former manager Carlo Ancelotti, but experienced a mixed first campaign on Merseyside after struggling with injury issues.

Following Ancelotti’s departure earlier this year Rodriguez has appeared to have lost motivation, and the attacking midfielder is yet to make an appearance so far this season amid renewed question marks over his fitness.

His future is now uncertain, and speaking to ESPN, via Futbol Red, Rodriguez’s compatriot Asprilla relayed a meeting with an agent who explained just how far the 30-year-old has fallen.

And this disinterested attitude certainly appears to have put off some potential suitors.

There were rumours linking Rodriguez to AC Milan, but Asprilla went on to add that the Serie A giants were offered him, rather than actively pursuing a transfer.

“When a footballer makes a name, in Europe they respect that a lot and it’s easy to get you,” he continued.

“What worries is that they have to call to auction James for all the teams and no one chooses him. Normally they would have to fight over it.”

Whether or not Rodriguez can salvage his Everton career remains to be seen, but his new manager Rafael Benitez has insisted he will need to work hard if he is to form part of the team.

“Each player has his characteristics, and some games where he can be the difference,” he said.

“If James is staying with us, we need to find the right games for him, and he has to show his commitment and his desire. It’s something his team-mates, fans and staff are expecting for him.”

If he is unable to do so, Rodriguez’s once-promising looking career could be set to completely stagnate in a hugely disappointing fashion.