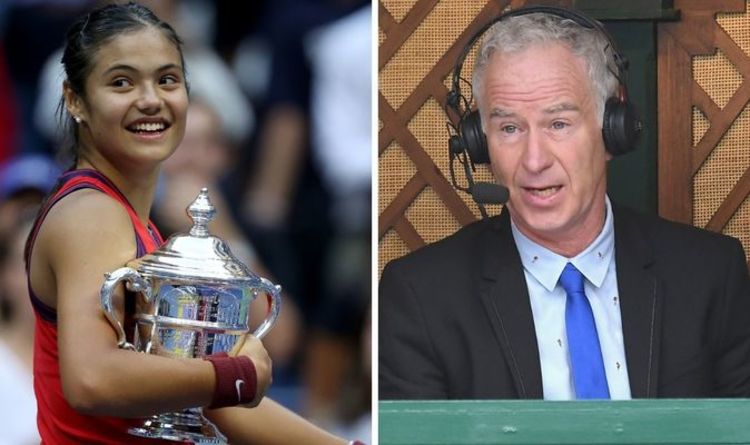 The former world No 1 also thought his comments were “vanilla” and insisted he was on Raducanu’s side.

He continued: “I mean that was, to me, as vanilla as it comes… I was very supportive of her, I thought, at the time.

“You know the papers over in England. Sometimes they make a big deal out of, to me, nothing.”

The new world No 23 has more than turned things around since her retirement at Wimbledon, coming through three qualifying matches and seven main-draw matches without dropping a set to not only become the first-ever qualifier to win a Major, but the first player to nab the title on just their second appearance at Grand Slam level.

McEnroe did praise Raducanu for completing the impossible in New York, adding: “I don’t think you could possibly do it any better than she did at the US Open. Are you kidding me? That’s insane. And that she’s been able to do this now there’s going to be obviously a lot more focus on it. It’s incredible.”