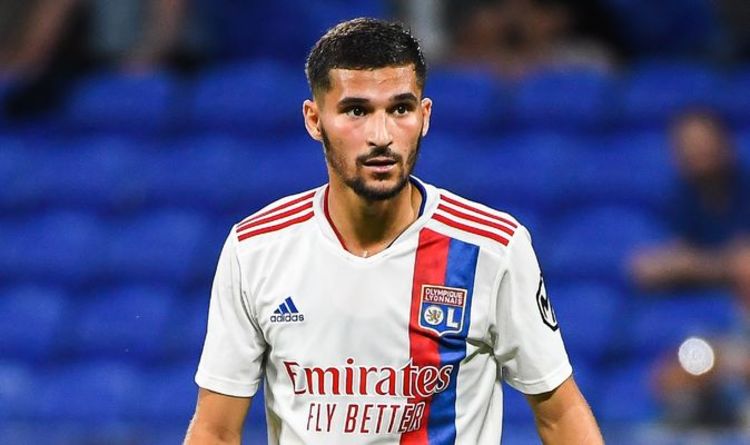 Arsenal and Tottenham’s transfer pursuit of Houssem Aouar could rely on Lyon failing to qualify for the Champions League after the playmaker revealed that he still dreams of playing in the competition for the Ligue 1 club.

Both Premier League clubs have long been linked with a move for the Frenchman but a deal has never materialised.

Arsenal and Spurs were both interested in signing an attacking midfielder in the summer but passed up the opportunity to sign Aouar.

The Gunners eventually landed Martin Odegaard, despite it initially seeming that their former loanee might remain at Real Madrid. The Norwegian signed in a deal close to £30million.

Spurs signed midfielder Pape Matar Sarr before loaning the 19-year-old back to Metz.

Lyon not qualifying for the Champions League could clear the pathway for one of Arsenal or Tottenham to buy Aouar.

Although they too would surely need to qualify for the competitions. Arsenal have not competed in the elite European competition since 2016-17 and Spurs have slipped out of the Premier League’s top four in recent campaigns.

Odegaard was one of six new arrivals at the Emirates Stadium, although Arteta and Edu were criticised for the amount of money spent.

That pressure was somewhat eased when the Gunners earned their first win of the season at the fourth attempt on Saturday.

Pierre Emerick Aubameyang scored their maiden Premier League goal of the campaign in a narrow 1-0 win over Norwich City.