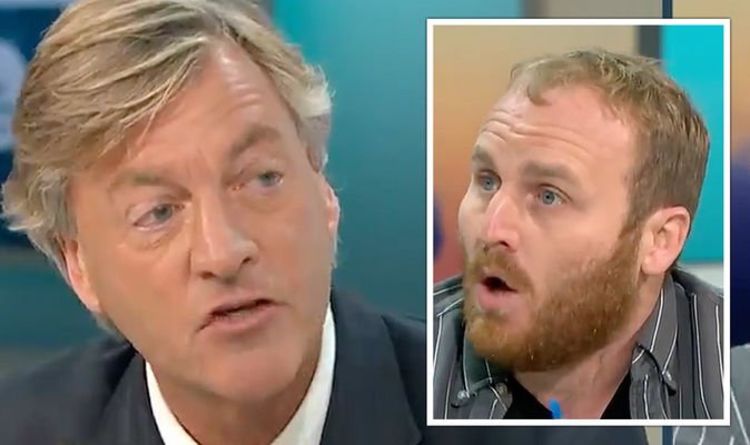 Richard Madeley spoke with Liam Norton from Insulate Britain who was involved in the M25 protest and furiously clashed with the protester for potentially endangering lives who may be stuck in the traffic. Mr Norton told Good Morning Britain immediate action needed to be taken to address the climate crisis and that the only way to get heard was to carry out protests like the one seen on the M25 this week. An angry Mr Madeley took Mr Norton to town, first comparing him and his group to fascists and then demanding to know whether he would risk an ill child’s life stuck in traffic on the way to the hospital.

M25 protesters blocked a junction on the M25 for a few hours to bring attention to climate change issues.

The protesters split the public with some furious ordinary people were being punished for their protest with others praising their work to bring climate change issues to the forefront of conversations.

Sky News reports 78 people were arrested after the protesters sat in the middle of the road during rush hour.

Police were notified at around 8:15am with the roads then cleared two hours later.

Mr Norton bluntly replied he would be furious and said if things were not changed now then the next few years could be severe for “humanity”.

Mr Madeley was astounded at the reply and was furious a child’s life could potentially be put in danger.

Superintendent of Hertfordshire Police Adam Willmot commented on the protest and said: “We were called to reports of a protest at around 8am today and quickly mobilised resources to the scene.

“The M25 was closed westbound at junction 20, resulting in congestion and delays on both the M25 and the A41.

“Protestors ignored police requests to move location, so we took robust action to enable roads to be reopened and to remove the protestors causing obstructions.

“Our officers dealt with the disruption as quickly as possible, reopening routes for local businesses and residents.