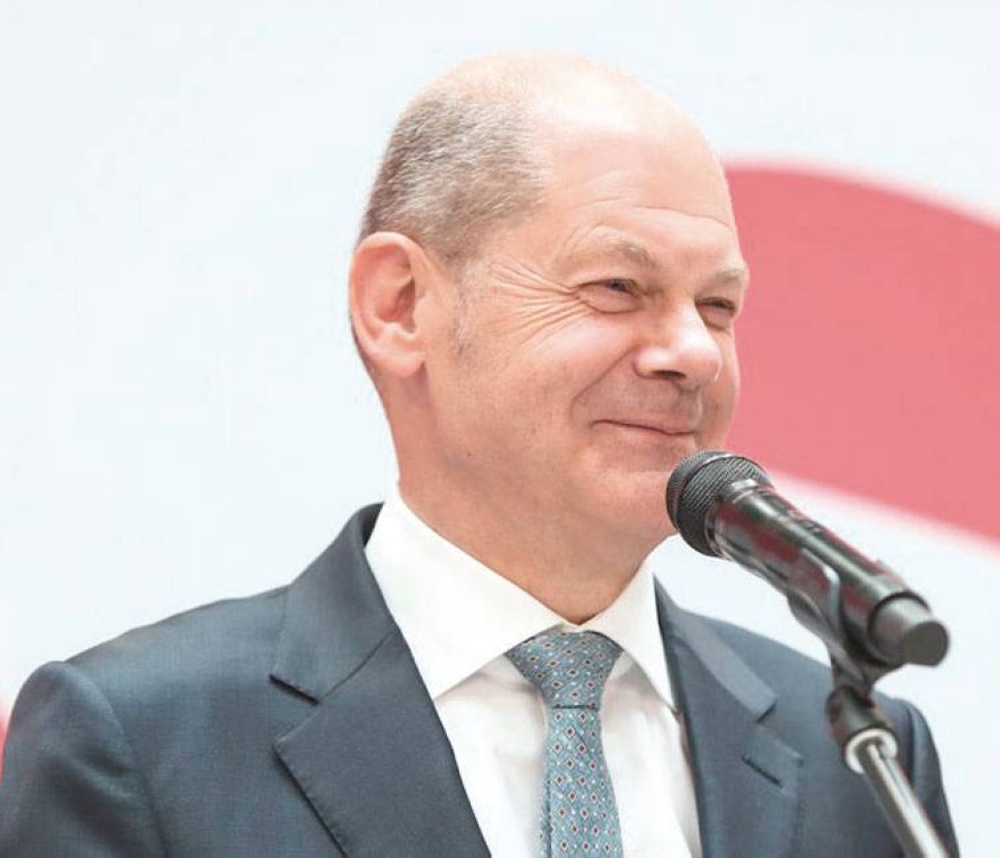 In the conversation, Xi congratulated Scholz once again on his inauguration as German chancellor.

Xi stressed that China attaches great importance to its relations with Germany. In recent years, China-Germany cooperation has always been a “bellwether” of cooperation between China and the European Union, which is a right choice made by the two countries in line with the development trend of the times, he said.

Xi noted that the next year marks the 50th anniversary of the establishment of diplomatic relations between China and Germany.

Over the past half century, China-Germany relations have demonstrated ample vitality, endurance, resilience and potential, Xi said, adding that for the next 50 years, the two countries should embrace a global vision from a long-term perspective, forge ahead and strive for new development of China-Germany relations.

First, Xi suggested, the two countries should chart the general course of bilateral relations from a strategic perspective.

Both China and Germany are major countries with important influence, Xi said, adding that a sound development of bilateral relations not only serves the fundamental interests of the two countries and their people, but also contributes to world peace and stability.

He stressed that the two sides should unwaveringly view each other’s development as an opportunity, maintain the fine tradition of high-level leadership and set the direction for the development of China-Germany relations.

The two sides should give play to the role of bilateral dialogue and cooperation mechanisms, and particularly make good use of their intergovernmental consultation mechanism to promote cooperation in various fields, Xi said.

He added that the two sides should strengthen communication and coordination, and jointly plan the 50th-anniversary celebration activities next year.

The Chinese and German economies have benefited a lot from each other’s development, Xi noted, adding that China has been Germany’s largest trading partner for five consecutive years, and bilateral economic and trade cooperation have kept growing despite the pressure of the Covid-19 pandemic.

He pointed out that the two sides should actively explore new areas of cooperation such as new energy and green and digital economy, and unleash the growth potential of trade in services.

German enterprises are welcome to leverage their advantages and seize the new opportunities brought by China’s opening-up, Xi said, adding that the Chinese side hopes that Germany will provide a fair business environment for Chinese enterprises to invest and do business in Germany.

Noting that Germany is an important node of the China-Europe Railway Express, Xi said he believes that enhanced cooperation between China and Germany within the framework of the Belt and Road Initiative will benefit countries along the route and promote connectivity of the Eurasian continent.

Third, Xi pointed out, the two sides need to work together to meet challenges and make new contributions to global governance.

Both China and Germany are defenders of multilateralism and contributors to global development, he noted.

He suggested that they increase coordination and cooperation in international affairs and find practical solutions to problems concerning the shared future of mankind, such as fighting Covid-19; promoting fair distribution of vaccines; spurring post-pandemic economic recovery across the globe, especially in developing countries; tackling climate change; alleviating poverty; and achieving sustainable development.

He called for concerted efforts to seek settlement of regional hot spot issues through dialogue, uphold and strengthen the principle of democracy in international relations and firmly oppose all forms of hegemonic behavior and Cold War mentality.

Only when countries develop together can there be true development, he said, adding that China is ready to work with Germany to promote the implementation of the UN 2030 Agenda for Sustainable Development.

Xi underscored that China and the European Union are two major independent forces in the world with broad strategic consensus and common interests.

The two sides, he added, should stay committed to the comprehensive strategic partnership, and the principle of mutual respect and mutual benefit to ensure consistent sound and steady development of China-EU relations.

Xi said he hopes Germany will continue to play a positive role in stabilizing China-EU ties and inject stability and positive energy into the China-EU relationship.

For his part, Scholz thanked Xi for sending a congratulatory message on his election as German chancellor, adding that he still has fresh memories of his exchanges with Xi and is ready to inherit and advance Germany-China friendship and cooperation.

At present, Germany and China are witnessing sound development of their trade and investment ties, close cooperation in confronting such global challenges as climate change and the Covid-19 pandemic, and close communication on such regional affairs as Afghanistan and the Iranian nuclear issue, which constitute the three pillars for the sustained development of Germany-China relations, Scholz said.

Germany is willing to work with China in the spirit of mutual respect and mutual trust to push for further development of the Germany-China all-round strategic partnership, he said.

Germany, Scholz said, stands ready to take the 50th anniversary as an opportunity to hold a successful new round of intergovernmental consultations, strengthen practical cooperation in such areas as clean energy, digital economy and the service sector, and promote EU-China relations in a constructive manner.

Scholz said that he hopes the EU-China investment agreement will enter into force at an early date and that Germany is ready to work with China to uphold multilateralism in international affairs.

In the conversation, the two leaders also exchanged New Year greetings and agreed to maintain regular communication and make joint efforts to advance China-Germany and China-EU relations to new levels.