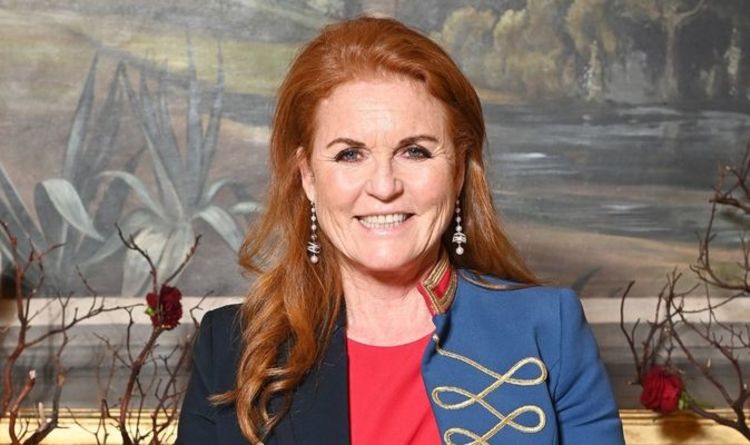 The Duchess enrolled her two daughters, Princesses Beatrice and Eugenie, as honorary patrons of the charity and they all met with teenage cancer patients.

Eugenie said: “I’m so proud to be here today celebrating these incredible young people who have achieved and overcome so much.”

One of the cancer patients eloquently shared her journey with blood cancer in front of the cameras: “I have leukemia, it’s a big thing and some days it is scary but I try really hard to look at all the positives that come out of it.”

Beatrice reminds that the figures around teenage cancer are very worrying as every day, 7 young people aged 13-21 are diagnosed with cancer.

The clip has been viewed more than 30,000 times and is part of a national campaign asking people to donate to the Teenage Cancer Trust.

Sarah Ferguson added on Instagram: “Support from the Teenage Cancer Trust means having someone in your corner at the toughest time.

“Young people with cancer are facing the hardest challenge of their lives – and they need our support.”

Many fans of the Duchess praised her involvement in the campaign.

READ MORE: Eugenie and Beatrice could act as ‘royal buffers’ on palace balcony

Peter Lyden wrote: “So great to see you all three in this important effort.”

The Duchess added to Hello Magazine: “We urgently need your help to be there for every young person with cancer – not just this Christmas but into the future as well.

“Our work relies entirely on donations from the public, so we really can’t do it without you.”