Skip to content
HomeNews‘Will not let this go!’ Priti Patel in furious rant at Putin after third Russian spy found 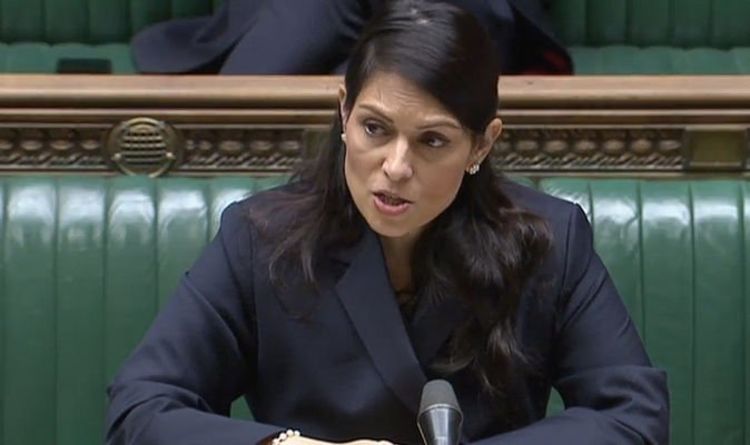 Investigators say they have evidence linking a third man to the Novichok poisonings that left one British woman dead, and another four fighting for their lives.

Denis Sergeev, who used the alias Sergey Fedotov, is facing a string of charges including trying to kill former Russian spy Sergei Skripal, his daughter Yulia.

Undercover Russian operatives Alexander Mishkin, who used the name Alexander Petrov while in the UK, and Anatoliy Chepiga, who used the alias Ruslan Boshirov, have already been charged with conspiracy to murder.

Updating MPs in the Commons, the Home Secretary vowed decisive action in combatting the threat from Russia.

“The Government will continue to respond extremely robustly to the enduring and significant threat from the Russian state,” Ms Patel said.

“We respect the people of Russia but we will do whatever it takes, everything it takes to keep our country safe.”

The Home Secretary said arrest warrants had been issued for all three men believed to have been involved in the attack.

Moscow has refused to extradite the suspects, but with an Interpol notice out for the men, Ms Patel said the spies would be arrested if they ever left Russia again.

“Should any of these individuals ever travel outside Russia we will work with our international partners and take every possible step to detain and extradite them to face justice,” she said.

“We will continue to take robust steps to counter the threat posed by the Russian state.”

The Russian operatives failed in their mission to poising Sergei Skripal, a former military intelligence officer who acted as a double agent for the UK in the 1990s.

However, the attack led to the death of Dawn Sturgess, an innocent Briton who accidentally picked up the bottle within which the nerve agent was contained.

Ms Patel described the poisonings as a “shameless and deliberate attack”.

“It was an utterly, utterly reckless act,” she said.

“In March 2018, Sergei Skripal and his daughter Yulia were poisoned with the military-grade nerve agent, commonly known as Novichok.

“Two police officers from Wiltshire Police involved in searching the victims’ home were also poisoned with the same agent.

“In July 2018, a further two members of the public were found unwell in Amesbury, both of whom had been exposed to Novichok and, tragically, one of them died.”