Skip to content
HomeNewsWhere is Kate? Duchess not seen for TWO months – when will we see her next? 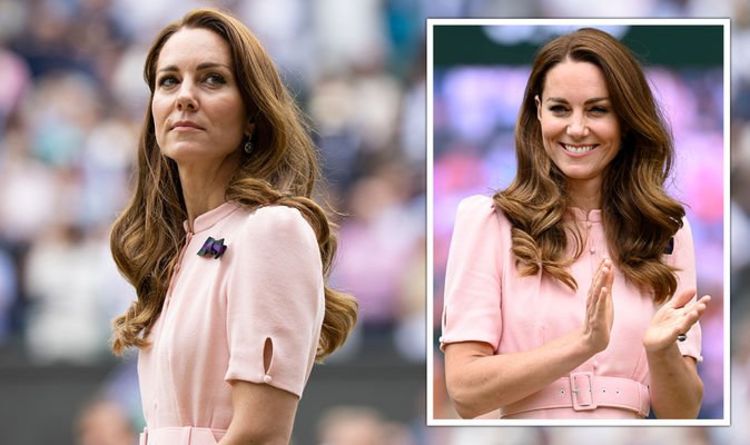 Prince William and Kate, Duchess of Cambridge, are two of the most senior members of the Royal Family. And as such, the Duke and Duchess’ schedules are usually jam-packed with royal engagements and diary events. Kate – or Catherine – recently sent a special tribute to US Open winner Emma Raducanu on Twitter, signing off the official message with the letter ‘C’. But Kate has not been seen in public for some time over the summer.

Why has Kate been absent from public life?

Kate, Duchess of Cambridge, was last seen in public on July 11, when she visited the EURO 2020 final with Prince William and Prince George.

Earlier on the same day, tennis enthusiast Kate was spotted at the Wimbledon Men’s Singles final too.

But the Duchess has not been seen for two months to date, prompting some reports speculating that she may be expecting baby number four.

However, royal experts have dismissed these rumours, suggesting Kate has been enjoying a summer holiday in recent weeks.

Russell Myers, Royal Editor of the Daily Mirror, told Today Australia: “I think this is a few people mischief-making, asking where the royals are.

“Well, I can exclusively reveal probably nothing. I think that the Duchess isn’t pregnant, I think that some people have been asking the question of where has Kate been?

“But where the truth really lies is they have been on holiday.”

At the moment, the Queen is expected to be accompanied to some of her autumn engagements with Prince Charles, Camilla, Duchess of Cornwall, Prince Edward and Princess Anne.

But we will soon see several royals on TV, with a special documentary due to air later this month.

Prince William has recorded a special tribute to his late grandfather, Prince Philip, for an upcoming documentary on his life and legacy.

Prince Philip: The Royal Family Remembers, airs Wednesday, September 22, at 9pm on BBC One, and will feature interviews from several members of the Royal Family.