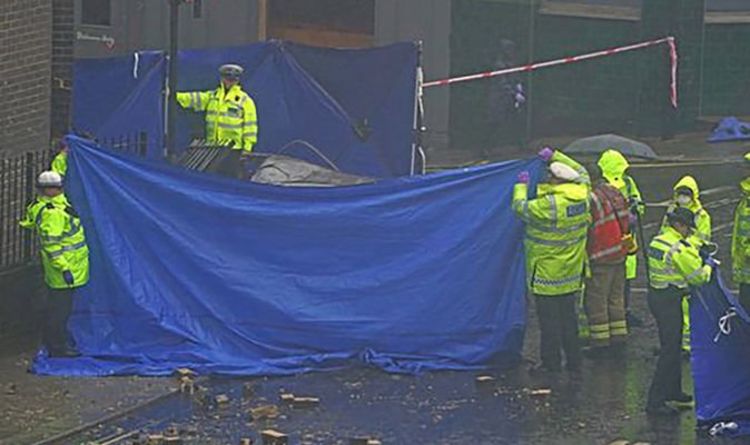 Emergency services dashed to the scene at 4.50am and arrived to find the car was alight. London Fire Brigade crews extinguished the blaze, but despite the best efforts of paramedics, three people were pronounced dead at the scene.

Police say they are working to identify the next of kin.

Nine residents were evacuated from the residential block in posh Maida Vale as a precaution, reports My London.

A spokesman for London Fire Brigade said: “Three people have sadly died following a road traffic collision at the junction of Great Western Road and Woodfield Road in Notting Hill.

“Firefighters were called to reports a car had collided with a sheltered accommodation block. The vehicle was alight when crews arrived.

“Crews tackled the fire and led nine people to safety from the block via an internal staircase. Three people in the vehicle were sadly pronounced dead at the scene.

“The Brigade’s 999 Control Officers took 20 calls to the incident.

“The Brigade was called at 4.48am and still has an attendance at the scene. Four fire engines from North Kensington, Kensington and Paddington fire stations were at the scene along with two fire rescue units.”

Roads remain closed and bus routes have been diverted, so police can continue to investigate the smash.

A spokesman for Met Police said: “Detectives from the Serious Collision Investigation Unit are appealing for witnesses and those with dash cam footage to come forward following the incident.

“There are not believed to be any other injuries and at this stage no other vehicles are believed to have been involved.

“A number of residents were evacuated from the building as a precaution.

“A scene remains in place and enquiries are ongoing.”

The force has appealed for witnesses.