Skip to content
HomeNewsWATCH: Irritated Queen in shock rant at world leaders – ‘They talk and don’t DO!’ 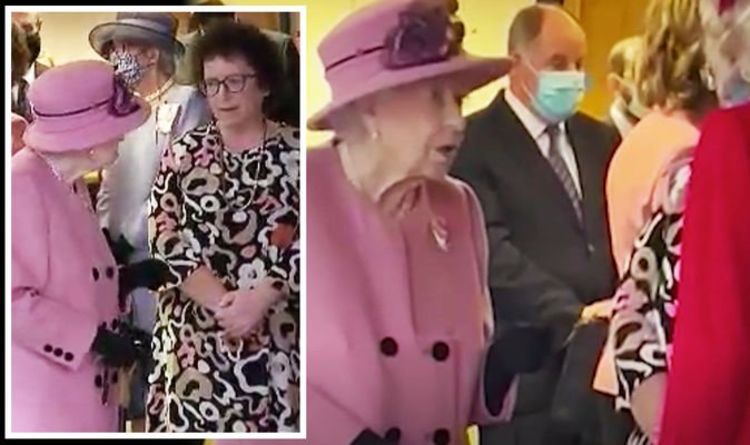 Her Majesty, 95, made the extraordinary comments as she attended the opening of the Welsh Senedd. The Queen said she still had “no idea” who would make an appearance at the two-week COP26 climate change conference in Glasgow – despite it beginning at the end of the month. And then she hit out at leaders who don’t act on their promises.

Chinese President Xi Jinping and Russian leader Vladimir Putin are among those yet to confirm their attendance despite poor records on tackling pollution in their own countries.

The Queen made the comments, which were picked up on the Senedd’s live feed, to the Duchess of Cornwall and Elin Jones, presiding officer of the Welsh Parliament.

She said: “Extraordinary isn’t it? I’ve been hearing all about Cop. I still don’t know who is coming. No idea.

“We only know about people who are not coming.

“It’s really irritating when they talk but they don’t do.”

In reply, Ms Jones highlighted Prince William’s criticism of the space race in an interview with BBC Newscast which aired on Thursday.

“Watching your grandson on the television this morning, as he said there’s no point going to Space.

“We’ve got to save the Earth.”

The astonishing clip came to light after being tweeted by the Sunday Times royal editor who said the Queen can clearly be heard saying: “We’ve been hearing all about Cop” in the chat with Ms Jones and Camilla.

Another user replied “…still don’t know anything…” – what? “-about it”?

However, on closer examination the live feed appeared clearly reveals the Queen’s exasperation with world leaders.

Mr Xi and Mr Putin have not yet confirmed if they will attend Cop26 despite China and Russia being among the worst polluting countries.

However, US President Joe Biden on Thursday confirmed he would travel to the UK for the conference.

The Queen, Prince Charles, Camilla and the Duke and Duchess of Cambridge are set to attend Cop26.

The monarch was joined by the Prince of Wales and the Duchess of Cornwall in Wales on Thursday.

The Queen, wearing a pale pink outfit, used a walking stick for the second time this week.

Speaking in the Senedd chamber, the Queen listed the institution’s major developments since her last visit to Wales five years ago.

She also said a “debt of gratitude” was owed to its people for their efforts during the Covid pandemic.

The Queen said: “I have spoken before about how recent times have, in many ways, brought us closer together.

“We all owe a debt of gratitude to those who have risen so magnificently to the challenges of the last 18 months, from key workers to volunteers, who have done so much to serve their communities.

“They are shining examples of the spirit for which the Welsh people are so renowned, a spirit which I have personally encountered so many times.”