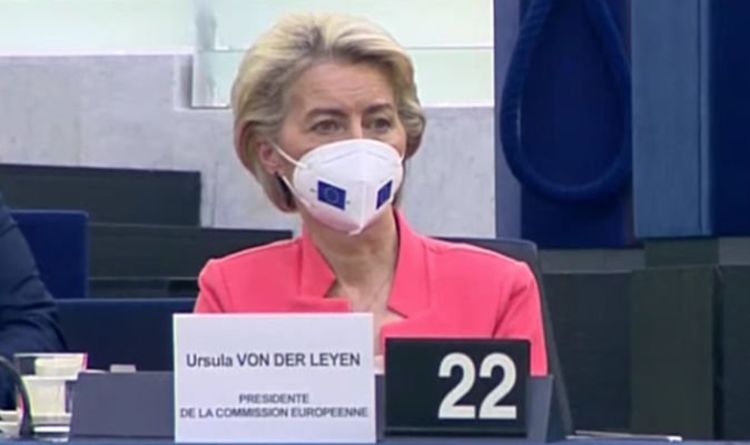 The furious MEP blasted Ursula von der Leyen over her inability to tackle attacks on European values by “illiberal” leaders in the bloc. Although he did not mention Hungary and Poland, Mr Ciolos referred to the EU Commission‘s failure to apply the EU rule of law mechanism already triggered by the European Parliament one year ago against the two countries. The blunt attack in the European Parliament in Strasbourg, left the Commission leader visibly embarrassed.

Mr Ciolos said: “Achievements were often forced on us by events and on issues that solely depend on will alone, I don’t see you producing results.

“All too often you’re engaging in diplomacy with Council instead of policymaking with the European Parliament.

“Take for example European values which are the foundation of our European Union.

“Pretty much everywhere in Europe, we are seeing outbreaks of illiberalism.

“Judicial independence is being eroded, journalists being murdered, minorities discriminated against.

“These outbreaks of illiberalism need to be out before the fire spreads.

“That is your responsibility and you have the means to do so. For the moment I hear your words but I don’t see your deeds.

“I don’t see you using the rule of law protection mechanism that the European Parliament has called for in order to protect our budget and stop financing these illiberal acts in Europe.

“You have to find the political courage to make use of this mechanism, that’s why we have adopted it, it’s been enforced for nearly a year now and you haven’t even used it.

“If you don’t find that courage, Madame, we will remind you of your obligation to apply European law by going to the Court of Justice.”