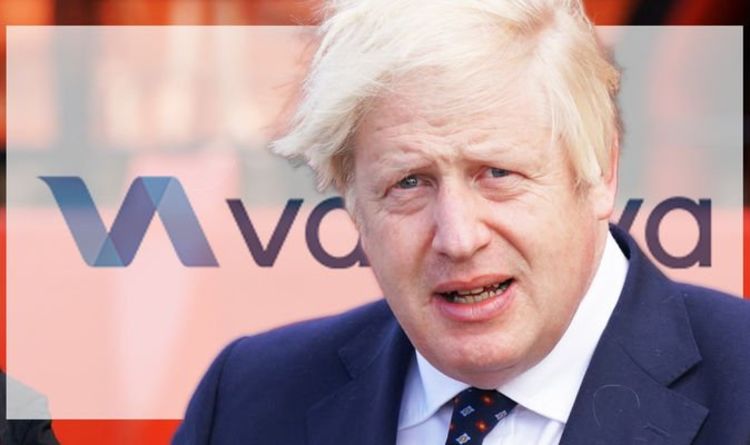 The Government has served notice to terminate its contract with the French pharmaceutical firm over allegations of a “breach of obligations”. As a result, Valneva’s share price dropped on September 13 by nearly 40 percent.

When the stock market opened on Monday, Valneva’s stocks dropped by 38.76 percent from Friday.

At 6:30pm on Friday September 10, before the UK cancelled its deal with Valneva, shares in the company traded €19.98.

Over the five trading days up to September 14, Valneva’s share prices fell by 45.94 percent.

Valneva agreed a contract with the UK to supply its yet-to-be-approved Covid vaccine in July 2020.

In a U-turn, the Government has served notice to terminate the contract over allegations of a breach of the agreement.

Under the agreement between the Government and Valneva, the UK can terminate the contract early in a relatively wide range of circumstances.

These include: “Material safety issues” with Valneva’s vaccine; Evidence that their vaccine lacks efficacy; A breakdown in vaccine supply; Financial difficulties such as insolvency and debt default; A takeover of the company, or if Valneva is found to have committed fraud or bribery, as well as over breaches of environmental, social or labour law, or non-compliance with tax law.

Some of the triggers which allow the Government to terminate the deal early have been redacted in the supply agreement.

In response to the UK’s cancellation of its vaccine contract, Valneva denied any “breach of its obligations”.

The company said: “Valneva SE, a speciality vaccine company, today announced that it has received a termination notice from the UK Government (HMG) in relation to the supply agreement for its Covid-19 vaccine candidate, VLA2001.

“The contract provides HMG with the right to terminate. HMG has alleged that the company is in breach of its obligations under the supply agreement, but the company strenuously denies this.”

Trialling their Covid jab in the UK, Valneva added their vaccine candidate was in phase 3 trials with results due in the fourth quarter of 2021.

They expect “initial approval for VLA2001 could be granted in late 2021” from the Medicines and Healthcare products Regulatory Agency (MHRA).

Humza Yousaf, Scotland’s health secretary, told BBC Good Morning Scotland the cancellation “is a blow for the facility in Livingston”.

Valneva was manufacturing their vaccine in Livingston, west Scotland.

The Scottish secretary added: “We are very keen and will be reaching out to the company to try to get security and secure a future for that facility in Livingston; we hope that would be with Valneva.

“Clearly, when it comes to their supposed alleged failure to meet their contract obligations, we obviously are looking for more information from the UK Government and would expect that shortly.”

Valneva has also not reached an agreement with the EU and France.

Discussions started at the beginning of 2020 were aborted, on the grounds that “the French company had not fulfilled the conditions” for marketing in Europe.

In an interview in April, after Valneva had called off the talks, Chief Executive Officer Thomas Lingelbach said they had gone “in circles” without progress

Valneva indicates on its site that discussions resumed with the European Commission in January, and are “still ongoing” in July 2021.

Valneva’s President Franck Grimaud previously said he is ready to consider the production of his vaccine elsewhere than in Scotland if the discussions are successful with the EU.