PRESIDENTIAL candidate Ferdinand “Bongbong” Marcos Jr. and his running mate Davao City Mayor Sara Duterte-Carpio expressed full support for the initiative of the government and the private sector to produce molnupiravir, an oral treatment for Covid-19, to fight off periodic surges caused by new variants. 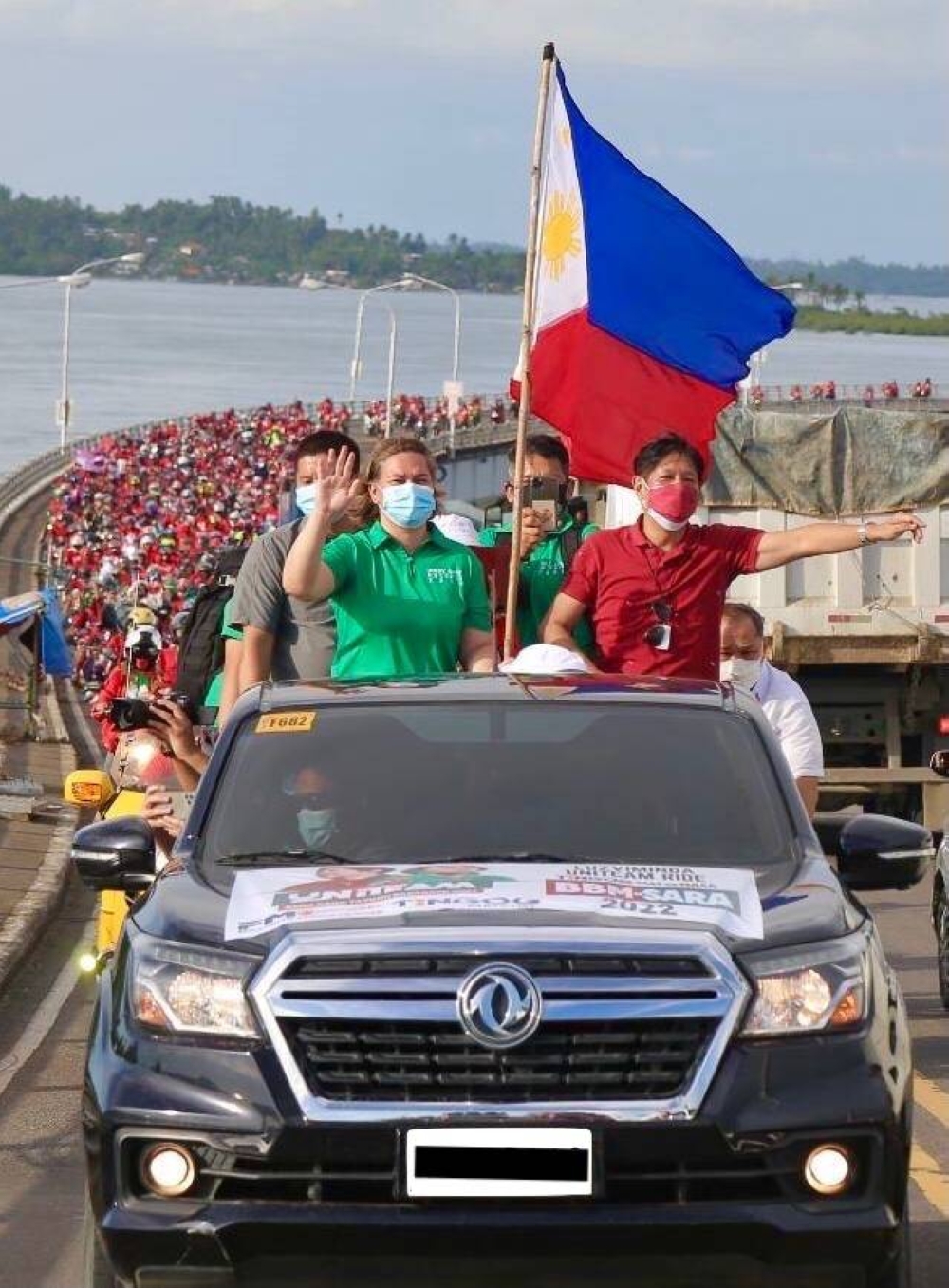 In this file photo Former senator Ferdinand ‘Bongbong’ Marcos Jr. and running mate Davao City Mayor Sara Duterte-Carpio lead UniTeam’s rally at the San Juanico Bridge on Tuesday, Nov. 30, 2021 during the symbolic meeting of thousands of their supporters from Luzon, the Visayas and Mindanao. CONTRIBUTED PHOTO

In a statement, the BBM-Sara UniTeam said the move would be a big help in the long-term battle against the virus.

“We fully support this kind of initiative, and we intend to expand it so that more of our people can avail of this life-saving medicine. We also need to allow our local pharmaceutical industry to increase its manufacturing capacity to make Covid-19 treatments widely available and more affordable,” the UniTeam said.

The Philippine Board of Investments had announced that it had approved a local pharmaceutical company’s application to produce molnupiravir domestically after securing a technology transfer agreement with an India-based firm.

This month, the company starts production in its Bulacan facility with an initial target of one million 400 mg capsules.

The locally-made molnupiravir has a suggested retail price (SRP) of P65 per pill, cheaper than the imported version, which sells around P100 to P150 per pill.

“Our battle against Covid-19 will be for the long haul. The BBM-Sara UniTeam is fully committed to ensuring that all Filipinos get the best possible care in this pandemic,” the team said.

“Aside from pushing for reforms and better policies in the health care sector, we are also keen on initiatives that have immediate benefit to our people’s health and well-being,” the BBM-Sara UniTeam added.

“As home isolations and home quarantines become the norm, those with mild symptoms will need therapy like molnupiravir. The resulting increase in our manufacturing capacity and capability will also enable us to produce future Covid-19 treatments faster when they become available,” the UniTeam said.