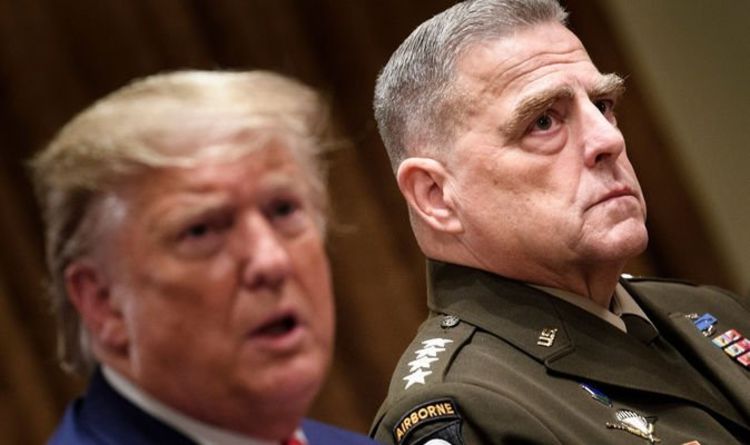 Not one but twice. According to reporters Bob Woodward and Robert Costa, Joint Chiefs Chairman Gen. Mark Milley had to contact his Chinese counterpart two times to reassure him no military conflict of any sort was ongoing. A first call took place on October 30th 2020, four days before the election that ended with Joe Biden’s victory.

Back then, intelligence suggested the Chinese believed the United States was preparing to attack.

That belief, the authors write, was based on tensions over military exercises in the South China Sea, and deepened by Trump’s belligerent rhetoric toward China.

The conversation between General Milley and Gen. Li Zuocheng of the People’s Liberation Army was featured in the book.

“General Li, I want to assure you that the American government is stable and everything is going to be okay,” Milley told him, according to Woodward and Costa.

“We are not going to attack or conduct any kinetic operations against you.”

The top military officer even went further pledging to his analogue he would alert him in the event of a US attack.

“General Li, you and I have known each other for now five years.”

“If we’re going to attack, I’m going to call you ahead of time. It’s not going to be a surprise,” reportedly said Milley.

Scheduled to be published next week, this new book titled “Peril” has already been a worldwide bombshell.

A few excerpts published in the Washington Post on Monday mentioned the same General Milley decided to protect nuclear weapons from Trump from his own initiative.

He allegedly thought the exiting President was suffering from “serious mental decline.”

He said: “I did not ever think of attacking China.”

“The people that fabricated the story are sick and demented, and the people who print it are just as bad.”