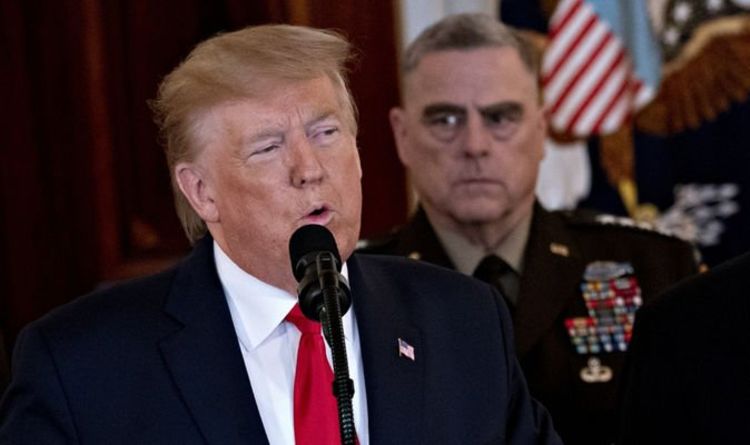 According to Trump’s top military adviser, Joint Chiefs Chairman Gen. Mark Milley, who was interviewed by Woodward and Costa, he had to intervene to make sure nuclear weapons were protected from the President.

In “Peril”, the duo writes that General Milley single-handedly took secret action to limit Trump from potentially ordering a dangerous military strike or launching nuclear weapons two days after the January 6th attack on the US Capitol.

Milley, who was appointed by Trump in 2018, was reportedly shaken by the assault and worried that the exiting President could “go rogue.”

Woodward and Costa write that Milley “was certain that Trump had gone into a serious mental decline in the aftermath of the election, with Trump now all but manic, screaming at officials and constructing his own alternate reality about endless election conspiracies.”

“You never know what a president’s trigger point is,” Milley told his senior staff, according to the book.

In full autonomy, the General called a secret meeting in his Pentagon office on January 8 to review the process for military action, including launching nuclear weapons.

He then instructed his team not to take orders from anyone unless he was involved.

According to the Peril, he said to the officers: “No matter what you are told, you do the procedure. And I’m part of that procedure.”

Pelosi continued, “You know he’s crazy. He’s been crazy for a long time.”

According to Woodward and Costa, Milley responded, “Madam Speaker, I agree with you on everything.”

The book, titled “Peril”, is based on more than 200 interviews with firsthand participants and witnesses, and it paints a chilling picture of Trump’s final days in office according to the Washington Post.

The book also examines Joe Biden’s decision to run for office again; the first six months of his presidency; why he pushed so hard to get out of Afghanistan; and how he really feels about Trump.