Tel Aviv’s hulking central bus station, decried as an eyesore and public nuisance since it opened nearly three decades ago, will be shut down, Transportation Minister Merav Michaeli announced Tuesday.

The seven-story bus terminal, shopping center and unintentional bat sanctuary, which sits like an anvil on a massive 144,000-square-foot plot of the city’s blighted southern edge, will be removed by late 2023 or early 2024.

In the decades since it was opened in 1993, south Tel Aviv residents have fought to have the building shut down due to high levels of pollution and noise.

Most intercity travelers coming in and out of Tel Aviv view the station as a pox on their journey, a maze-like, foul-smelling stopping point that must be scurried through on the way to one’s bus.

When Michaeli took up her position earlier this year, the ministry’s staff intensified their efforts, at her request, to reach the necessary agreements to clear the bus station, “which is an eyesore for the residents of south Tel Aviv,” a statement from her office said.

As part of the agreements between the Transportation Ministry, the Tel Aviv-Jaffa Municipality and the finance and housing ministries, along with the Israel Lands Authority and the Nitsba Real Estate Company, buses will be rerouted to alternate areas in the city instead of the central bus station.

The Transportation Ministry did not give an exact date for when the clearing of the station would be completed. 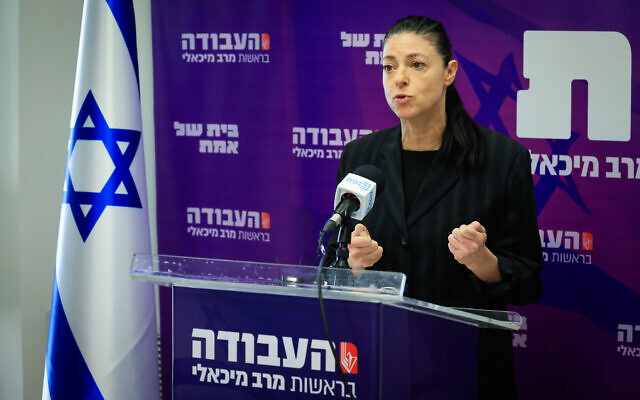 “It won’t happen tomorrow morning, but this eyesore, which is an environmental, health and transportation hazard, will be cleared from here. Thank you to all those who have worked hard to do the right thing.

“In the near future we will see alternative sites, more electric buses, better service and less of the Tel Aviv central bus station and its pollution,” Michaeli said in a statement.

She did not specify whether the building will be leveled or whether a new building would go up in its place there or elsewhere in the city.

Architects have warned that the station’s massive concrete shell would be virtually impossible to knock down, and in its wake would leave a coating of dust so thick it could choke all of Tel Aviv for weeks.