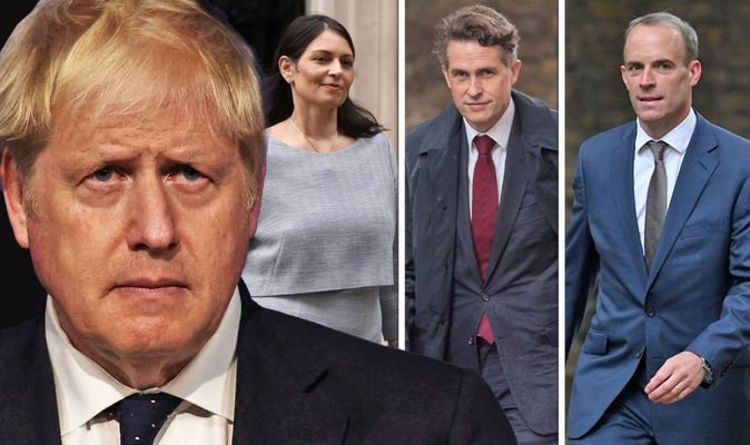 The reshuffle could see a number of prominent cabinet ministers removed from their posts, according to reports. Foreign Secretary Dominic Raab is reported to be one of the front-line heads on the chopping board today after his disastrous handling of the Afghanistan situation. Another cabinet minister reported to be on their way out is Home Secretary Priti Patel who has faced criticism for her handling of the record number of migrant boats coming over from France in recent months.

Education Secretary Gavin Williamson is also vulnerable after a string of blunders that exposed him to public and political wrath on multiple occasions.

Mr Johnson has been bombarded with calls from both outside and within his party to remove Mr Williamson from the Education post since his tenure began in 2019.

On the other side of the coin, Liz Truss has been tipped as a likely candidate for a promotion after her success in securing international trade agreements in the wake of Brexit.

Michael Gove could also be making a return to the front bench, replacing Mr Raab in the foreign office, according to insiders.

Key decisions are expected to be announced this afternoon with more changes to follow tomorrow and Friday.