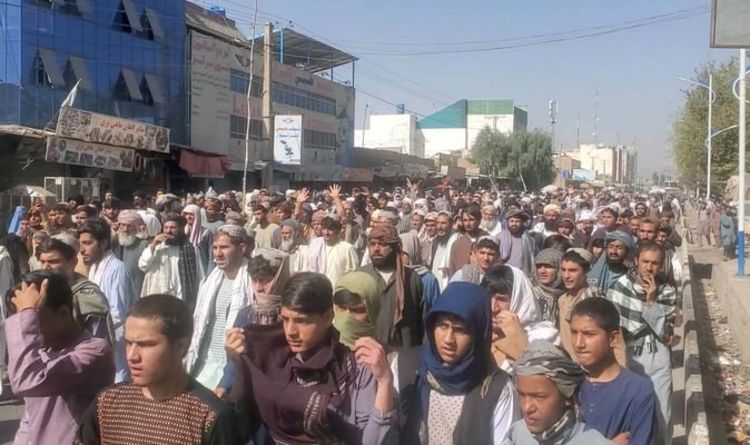 People gathered at the governor’s house in Kandahar, the spiritual home of the militant group, to protest at the ­evictions in an area occupied by families of retired generals and security forces. In its latest crackdown on opponents, the Taliban have said they are checking bank accounts of high-ranking former government members for corruption. The insurgent regime denied that ­ one of its top leaders had been shot dead, following rumours about an ­internal rift in the movement.

A spokesman said Mullah Abdul Ghani Baradar, ex-head of the Taliban political office who was named deputy prime minister, had not been killed.

Pakistan yesterday urged the UK to engage with the Taliban to stop “anarchy” in Afghanistan. Shah Mahmood Qureshi, its foreign minister, accused Western powers of doing too little to ­prevent a humanitarian crisis and urged Britain to provide supplies with “no political conditions. My message [to the UK] is that there is a new reality in Afghanistan. Accept the new reality and let us work to achieve our objectives.

“Isolation will not help. It will lead to a humanitarian crisis, it will lead to an economic collapse and it will create space for elements who have not been helpful for you, me or anyone.

“Anarchy, chaos will facilitate their presence there. Don’t do that. Engagement we feel is a better option.

“If [the Taliban] are saying positive things, nudge them in that direction. Do not push them into a corner.”