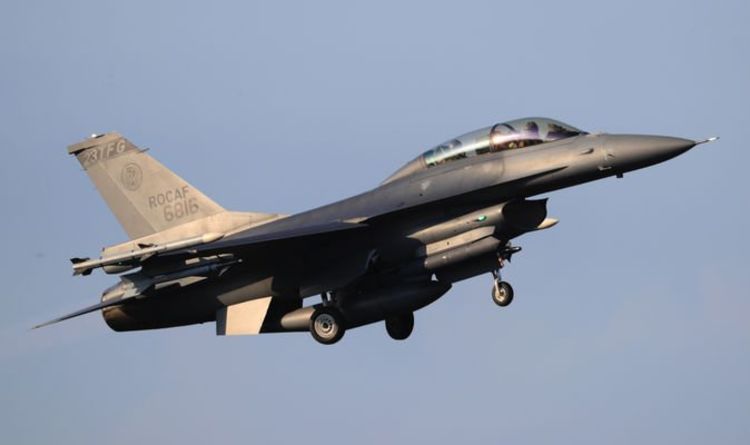 They landed on a highway situated near fields in Jiadong, to simulate what would happen if their air base was targeted by enemy forces.

However, because of COVID-19 the exercise was reduced in scale this year.

The tensions and military threat from China have increased as the People’s Liberation Army has frequently flown fighter jets in the direction of Taiwan.

Experts have admitted the Taiwanese drills are not necessarily predictions of war.

Ou Xifu, a researcher at Institute for National Defense and Security Research in Taiwan said: “This is a type of gray zone tactic — military intimidation.

“This shouldn’t lead to war.”

China’s long standing dispute with the democratically-ruled island stems from claims the country is a part of China’s sovereign territory.

Over the Summer, Chinese fighter jets and combat ships conducted almost daily joint assault drills near Taiwan which it claimed was vital to protect its authority.

Taiwan has also been involved in a recent $750 million (£540million) arms sale with the US in a bid to contain what the US see as Chinese expansionism.