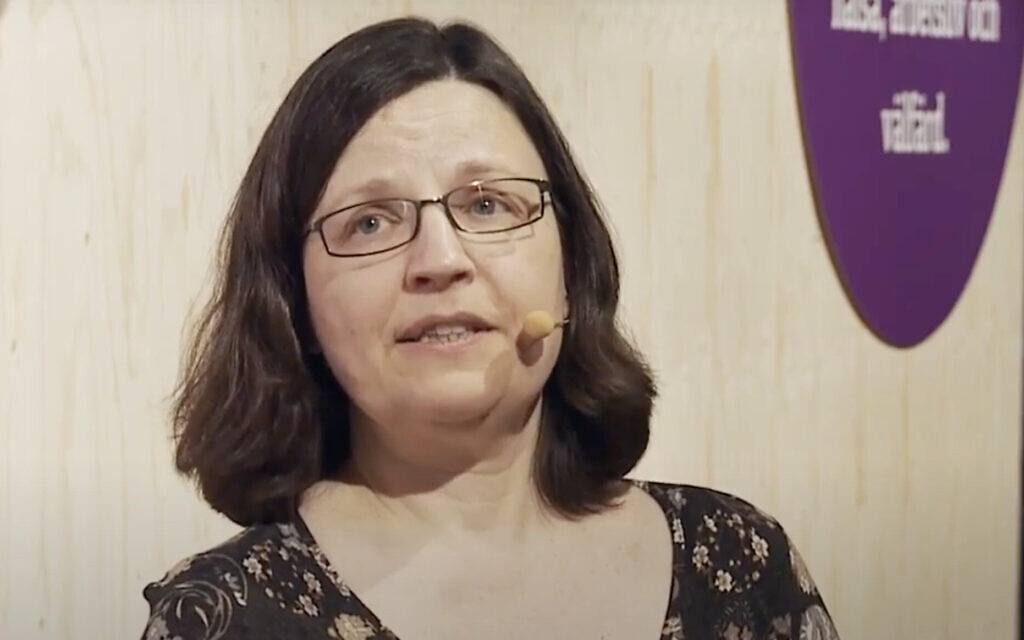 JTA — Sweden’s National Agency for Education recommended that teachers should make students try to prove that the Holocaust never happened, as part of a push to help them understand conspiracy theories.

The recommendation came in a recently published handbook for high school teachers that the government’s institution in charge of scholastic issues had created, the Aftonbladet daily reported earlier this month.

“Group 1 must find at least three arguments for the case that the Holocaust never happened, using facts and information from the internet. They can also ask others what they believe and why,” the suggested exercise read.

It included a similar example encouraging students to support the argument that the 1969 moon landing was staged. The handbook defined both the moon landing and the Holocaust as “controversial subjects.”

Sweden’s Jewish Central Council and other critics said asking students to consume and engage in Holocaust denial is offensive to victims and has questionable pedagogical value.

“Even if it is well-intentioned, there is a danger in calling the Holocaust controversial,” Aron Verständig, chairman of Sweden’s Jewish Central Council, told Aftonbladet. He called the exercise “bizarre.”

Svante Weyler, chairman of the Swedish Committee Against Antisemitism watchdog group, called the exercise “pure idiocy.” Of all the subjects available for such an exercise, “the Holocaust is the worst. It is a grotesque idea that this can take place in Swedish classrooms,” he told the paper.

The report did not say whether the exercise had been implemented in classrooms yet.

Pernilla Sundström, a spokesperson for the education agency, defended the exercise, which she told Aftonbladet is meant to help teachers deal with “themes that can create tension in the classroom.” The Holocaust, she added, “can be such a theme precisely because of antisemitism.”

Björn Söder, a member of the Sweden Democrats party, a populist right-wing movement, queried Education Minister Anna Ekström on the subject, asking her to explain how the exercise fits into the government’s policy of opposing antisemitism. Ekström is scheduled to reply on October 27.

The debate has some parallels with a controversy that has been unfolding in Texas, following the passing of a bill that is meant to ban discussion of Critical Race Theory — which is meant to educate students on systemic racism in the US — in the state’s classrooms.

Earlier this month, a school administrator in Southlake’s Carroll Independent School District was caught in a recording saying that under the new law, teachers need to “make sure that if you have a book on the Holocaust, that you have one that has an opposing, that has other perspectives.”

Clay Robison, a spokesman for the Texas State Teachers Association, said the administrator’s statement was a “misinterpretation” of the law.