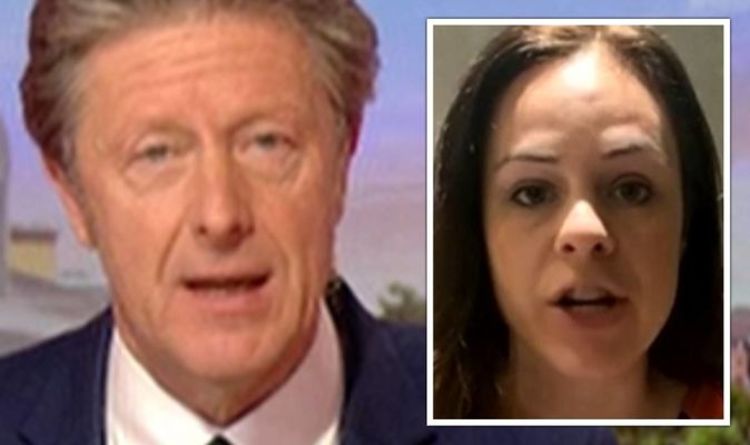 Kate Forbes appeared on BBC Breakfast and was angry that the UK was not doing enough to resettle refugees following the death of 27 people in the English Channel this week. Ms Forbes unleashed a verbal onslaught against Westminster and said the current refugee scheme was “not working” as it lacked compassion and was leading to people dying. But host Charlie Stayt caught Ms Forbes unaware as he pointed out only one Scottish local authority was involved in the UK dispersal scheme – which fairly allocates where asylum seekers live once coming to the UK – with the SNP chief floundering and saying she was not familiar with the figures.

This week, First Minister Nicola Sturgeon slammed the UK Government’s approach to the migrant crisis during a dressing down in Holyrood.

Ms Sturgeon called for a “much more humane approach to asylum”, adding the boats in the Channel need rescuing and not “diversion back into treacherous waters”.

Ms Forbes appeared on BBC Breakfast echoing the SNP’s concerns and said: “We’ve been watching with a deep concern with what is happening in the Channel.

“We already have deep concerns about the UK’s hostile immigration policy, not because of the economic implications but the moral and compassionate implications.

“What the UK Government has been doing thus far isn’t working, people are dying.”

Ms Forbes added it was a situation that needed a Europe-wide approach and said Scotland would be welcome to having asylum seekers call it their home.

He explained the UK dispersal scheme, which moves asylum seekers to local councils, was only followed by one out of 32 local Scottish authorities.

Glasgow is the only area in Scotland that currently takes in asylum seekers.

SNP politicians have said the private contractor which is in charge of housing the refugees put them in inappropriate areas in Scotland as the reason for the resistance.

Ms Forbes was caught unawares as she admitted she had not come across the figures before.

She vaguely suggested Scottish local authorities had “stepped up” with resettling migrants.

Mr Stayt pushed once again for an answer on the embarrassing record with Ms Forbes simply saying it “stands at odds” with the work the Scottish Government is doing.

The UK and France are at loggerheads following the death of 27 people in the English Channel who tried to enter the UK.

Both governments have put the blame on each other with French Interior Minister Gérald Darmanin saying the UK was not providing enough support.

On Friday, France announced it would not allow Home Secretary Priti Patel to join a meeting with other European countries on migrant crossings.

It is believed to be in response to a public letter shared by Boris Johnson on Twitter which laid out the UK’s desires to tackle illegal immigration.

Among those included sending British forces to patrol France’s northern coast, something which appears to have gone down badly in the neighbouring country.

En Marche politician Bruno Bonnell told BBC Radio 4 he would support British troops helping with monitoring the Channel as long as it was not used to accuse France of being complacent.

He suggested around 1,500 Channel people smugglers have been arrested by French police.