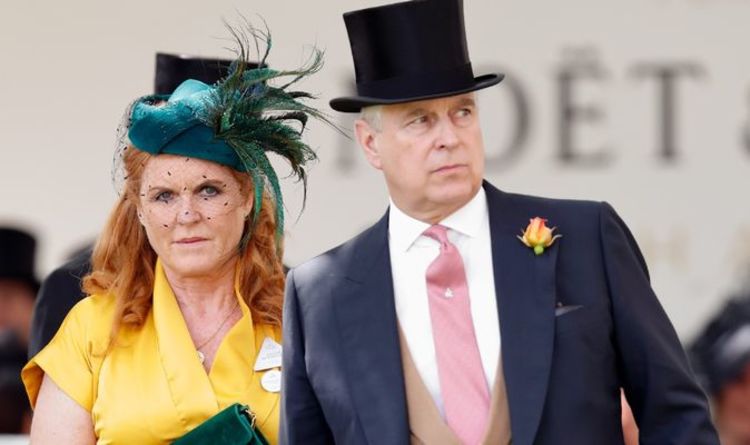 This comes in spite of changes to Prince Andrew‘s own royal and military titles. Earlier this week, Buckingham Palace announced that Prince Andrew would be stripped of all his military titles and royal patronages. The Palace said he will no longer be able to use his HRH title and will defend the sexual abuse case as a “private citizen”.

But sources close to the Prince’s wife, Sarah, Duchess of York, said she will continue to use her titles.

One source said: “That has been her title since their divorce and that is how it will stay.

“Andrew is still the Duke of York, so it is not an issue.”

Another source indicated that Princess Beatrice and Princess Eugenie would also be keeping their titles.

Speaking to the Daily Mail, they said: “Sarah has absolutely no intention of shrinking away from the limelight. Why should she?

Sarah Ferguson often styles herself as Sarah, Duchess of York on the cover of books she’s written and her Twitter handle is SarahTheDuchess.

The Duke and Duchess of York divorced in 1996 but Sarah is able to keep her titles until she remarries.

The 61-year-old royal has repeatedly and strenuously denied the allegations.

A royal source claimed that the Queen was “saddened” at having to strip Andrew of his titles but added that Andrew had “run out of road”.

They told the Daily Mail: “The hesitation up until now at Buckingham Palace has resulted from their determination not to be seen to pass judgment [on the allegations].

“That is not their role and there are court proceedings to determine that.

“But what has happened this week is that he [Andrew] is now in a world in which his name will never be cleared – whether he wins or loses.

“Having a member of the Royal Family using their title as they go to court to defend themselves against those kinds of allegations is obviously unacceptable.”

They added: “This week’s judgment meant that Andrew simply ran out of road.”