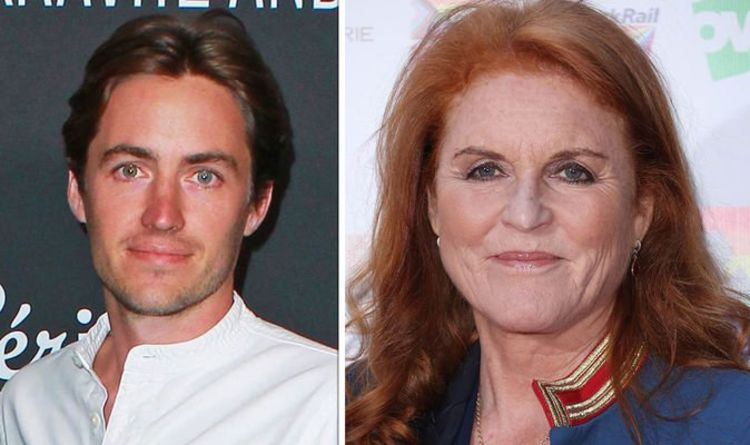 Kate Duchess of Cambridge‘s younger brother James Middleton announced on his Instagram account on Sunday that he had tied the knot with Alizée Thevenet, two years after he proposed to her. Thousands of people – including friends, royal fans and supporters of the couple – flocked onto the social media platform to congratulate them.

Among them, there was also Sarah, Duchess of York, who shortly after the post was shared signalled to be happy for Alizée and James by putting a “like” on the image.

One of her sons-in-law, Princess Beatrice’s husband Edoardo, also publicly shared his delight at the happy news.

Edoardo, also known as Edo, wrote under James’s post: “So so happy for you both.”

Edoardo, who married Beatrice in July 2020, is believed to be a friend of Alizée and James.

And, much like the newlyweds, he initially had to postpone his nuptials due to Covid.

Both Princess Beatrice and Edo and Alizée and James were meant to tie the knot in May last year.

Kate’s brother finally did so over the weekend at Bormes-les-Mimosas, in south-eastern France.

“Words cannot describe how happy I am”.

One of James’s beloved dogs could be seen popping up behind the happy couple in the photograph Kate’s brother shared alongside his announcement.

Alizée and James are believed to have met during the summer of 2018.

In 2019 they were spotted together on a number of occasions, including during a holiday at St Bart’s with Pippa Middleton and her husband James Matthews.

Together, they also attended Lady Gabriella Windsor’s wedding at St George’s Chapel in May two years ago.

In autumn 2019, James shared a heartwarming picture of himself and Alizée taken at the Lake District after he proposed to her.

In the snap, the French financial expert based in London smiled while leaning on James and showing her engagement ring.

Last month, the couple announced, again through James’s Instagram account, they bought a house together – in which they managed to settle down just weeks before the nuptials.

Among the guests in attendance, there reportedly were James’s parents, Carole and James Middleton, and his sisters Kate and Pippa.

Royal correspondents also said yesterday Kate travelled to France for the wedding in the company of her husband Prince William and three children George, Louis and Charlotte.

Unlike his siblings, Prince Louis has yet to travel abroad with his parents for an official royal visit.

And due to the pandemic, the royals have reportedly spent their two past summer holidays in the UK rather than travel to one of their favourite destinations, Mustique.