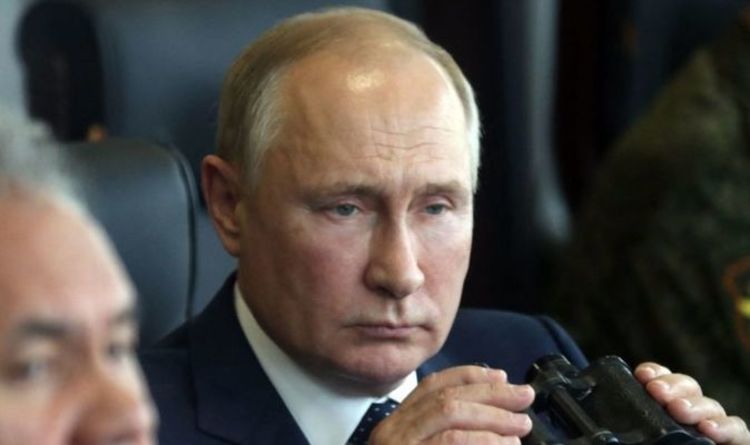 Vladimir Putin’s forces have teamed up with their former Soviet member Belarus in a show of force to its Western-leaning neighbours. The drills culminated with Russia invading the countries to repel a huge strike by a “mock enemy”.

They were carried out in the Astrakhan region of Russia – within striking distance of Ukraine.

Other footage showed a barrage of fire from Russian and Belarusian forces near the city of Brest, Belarus which borders Poland.

“The war murmurs of Russia and Belarus can be heard across our eastern border.

“Thousands of soldiers, hundreds of planes, helicopters, rocket launchers and tanks are taking part in the Zapad-2021 manoeuvres.”

The operation was launched shortly after Russia and Belarus announced that their militaries were effectively combining.

Alyaksandr Lukashenka, the autocratic Belarusian leader declared that his country and Russia had effectively formed “a single army” and appeared to confirm that it was targeting the West.

“We effectively have a single army, with the Belarusian military forming its backbone in the western direction,” Mr Lukashenka said.

“If, God forbid, a war starts, the Belarusian army will be the first to engage in the fight, and the western group of Russia’s armed forces will join quickly after to form a joint defense.”

In response Estonian Defence Minister Kalle Laanet accused Russia and its ally of a “deliberate attempt to destabilise the security of the Baltic Sea region and to cause a split in allied relations within Nato and the European Union”.

The exercises stretch from the Baltic to the Caspian Sea, while separate drills have been underway in the Arctic and Russian far east.

Mr Putin is currently in self-isolation after a close contact tested positive for Covid.

Russia insisted that Mr Putin was “absolutely healthy” and that his self-isolation was precautionary.