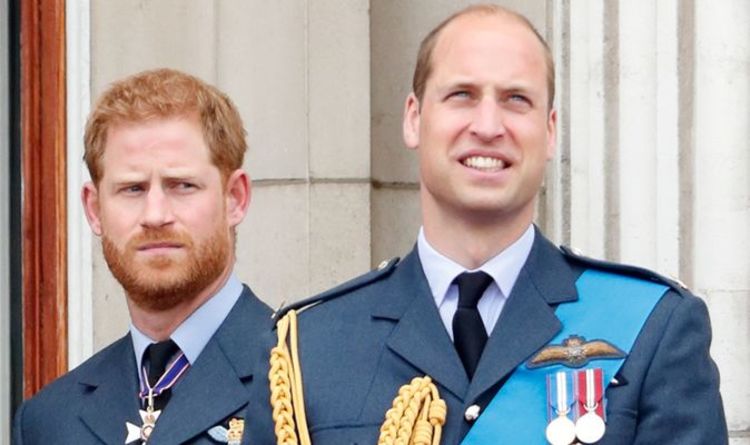 The Duke of Sussex is celebrating turning 37 as he continues his new life in California after quitting royal duties with Meghan Markle. It is not known if Harry will do anything to publicly mark his birthday. The Duchess of Sussex launched a project to mentor women for her 40th in August.

However, he is likely to celebrate privately with Meghan and their two children Archie and Lilibet.

But the day risks being overshadowed by the Duchess of Cambridge who has her first royal engagement after the summer holiday.

Kate will visit RAF Brize Norton in Oxfordshire to meet military personnel and civilians who helped evacuate Afghans from their country.

The Duchess will chat to those who took part in Operation Pitting, which saw more than 15,000 people airlifted out of Kabul during August.

More than 850 people arrived at the RAF base and were provided practical support like food, clothing, children’s toys and medical help while their details were processed.

During her visit, Kate will meet RAF aircrews and medics who supported evacuees at Kabul airport and civilians and volunteers who established a repatriation centre at the Oxfordshire base.

Royal fans will be pleased to see the Duchess out and about again after the summer off.

FOLLOW BELOW FOR LIVE UPDATES ON THE ROYAL FAMILY:

7.45am update: Harry and Meghan warned ‘don’t bet on warm welcome’ back to UK

Prince Harry and Meghan Markle have been warned they may not get a warm welcome back to the UK.

The Mirror’s royal editor Russell Myers told the Pod Save the Queen podcast: “I don’t think there has been any real push to come over, tensions are still very high in that sphere of things.

“Certainly the Oprah Winfrey interview seems to be fresh in the memory for a lot of people, so whether they would be welcomed back with open arms to sit around the Christmas table, I wouldn’t bet on that at the moment.

“The royals are certainly at the moment trying to put their attention towards getting back to work over the next week or so, and we are going to see a lot of activity as all the children are back.”

Prince Harry is the brother-in-law to Kate and according to one body language expert, their “relationship has always looked special”.

Although they now live in different countries, Harry and the Duchess of Cambridge were often pictured laughing and joking when they undertook royal duties.

One body language expert has claimed that Harry’s signals in the past suggest that the Duchess was the “sister he always wanted”.

7.35am update: Meghan and Harry are being ‘terribly unfair’ to Archie and Lilibet

Thomas Markle criticised his daughter during an interview mentioning her “attitude” and her willingness to deprive her children of seeing their grandparents.

Mr Markle says he received offers from lawyers to sue Harry and Meghan.

Speaking to Australian TV this Wednesday live from his home in Mexico, Mr Markle has, once again, shared his views on his daughter Meghan, son-in-law Harry and their two children.

7.30am update: Kate and William ‘didn’t want to steal the show’ at James’s nuptials

The Duchess of Cambridge and Prince William “did not want to steal the show” at James Middleton and Alizée Thevenet’s wedding, according to the person who officiated the nuptials.

James took to Instagram on Sunday to announce he and French financial expert Alizée had tied the knot over the weekend.

The couple chose an idyllic village in France’s southeast, Bormes-les-Mimosas, for their location and the city’s mayor, François Arizzi, officiated the civil union at the town hall.

Mr Arizzi told French publication Var Matin: “Prince William and Kate were there but they did not want to steal the show from the newlyweds, Alizée Thevenet and James Middleton, who is a very nice boy.”