Skip to content
HomeNewsRoyal Family LIVE: Harry and Meghan to celebrate another key milestone away from UK 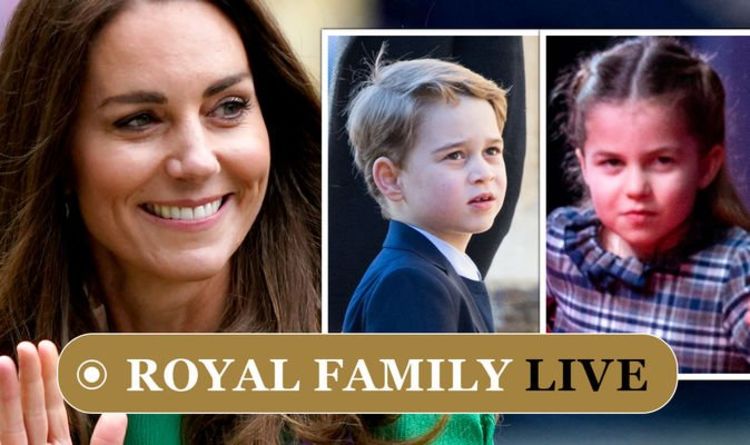 The Duke of Sussex celebrates turning 37 on September 15. It is Harry’s second birthday since Megxit saw him and Meghan, 40, quit royal duties and move to the US.

And it is the Duke’s first birthday since becoming a father-of-two, following the birth of his and the Duchess’s daughter Lilibet Diana in June.

Meghan will no doubt make the day special for Harry with his two children Archie and Lili.

The former actress previously opened up on birthdays on her now-closed blog The Tig.

Writing in 2016, she said: “My mom has always said that birthdays are your own personal New Year.

“Your own chance to make resolutions just for yourself and what you prognosticate for your year ahead.”

Harry and Meghan are living in a mansion in Montecito with two-year-old Archie and Lili.

The couple quit royal duties in March 2020 and moved across the pond.

Earlier in September, Meghan’s mother Doria Ragland turned 65 so it has been a busy month for family birthdays.

FOLLOW BELOW FOR LIVE UPDATES ON THE ROYAL FAMILY:

The Queen is mourning the loss of a close family friend and widower of her cousin.

The Queen is mourning the death of Sir Timothy Colman, who died last week aged 91.

Sir Timothy, a British businessman part of the world-renown Colman Mustard family, was believed to be a close friend of Her Majesty and a frequent guest at her home in Norfolk, where he was based.

Sir Timothy, who died on September 9, became related to the Queen through marriage in 1951 when he became the husband of Lady Mary Colman, born Bowes-Lyon.

8.20am update: Sussexes warned they remain in paparazzi’s ‘crosshairs’ in US

Meghan Markle and Prince Harry may never be able to escape the intense attention surrounding their lives, a royal commentator has claimed.

While the pair departed the Firm in order to help protect their privacy, one observer has claimed the Sussexes have “jumped out of the frying pan and into the fire” since leaving the Royal Family.

Daniela Elser said the couple find themselves firmly “in the crosshairs of photographers”.

Writing for News Australia, Ms Elser said: “There is a certain cruel irony here when you contrast this state of play with the reality that Harry and Meghan, the Duke and Duchess of Sussex, now face, having traded royal working life for ‘peace’ in the US, far, far away from the long arm of the courtiers and the British press they dislike so intensely.”

8am update: Queen’s lucky streak with the horses continues

The Queen celebrated yet another smashing equestrian victory on Monday night.

The monarch’s horse, Fresh Fancy, won his race at Kempton Park, making this year the royal’s most successful racing season in a long time.

7.45am update: Harry speaks at military event with Jill Biden

The Duke of Sussex co-hosted the virtual event with Mrs Biden.

The royal was expected to appear in person for the 2021 Warrior Games in Orlando, Florida, but the in-person event was cancelled due to Covid safety concerns.

Princess Anne attended a historic event at the Tower of London where a barrel of wine was presented to the fortress’ Constable.

The royal attended the historic Ceremony of the Constable’s Dues event on Monday which featured the ship’s company of HMS Albion.

Other notable attendees included Defence Secretary Ben Wallace along with Lord Houghton, Constable of the Tower of London.

The ceremony, dating back to the middle ages, requires ships which pass through London to pay dues, and in most cases ship companies present a barrel of wine.