Skip to content
HomeNewsRobredo: ‘We need to build a future of true and radical solidarity’ 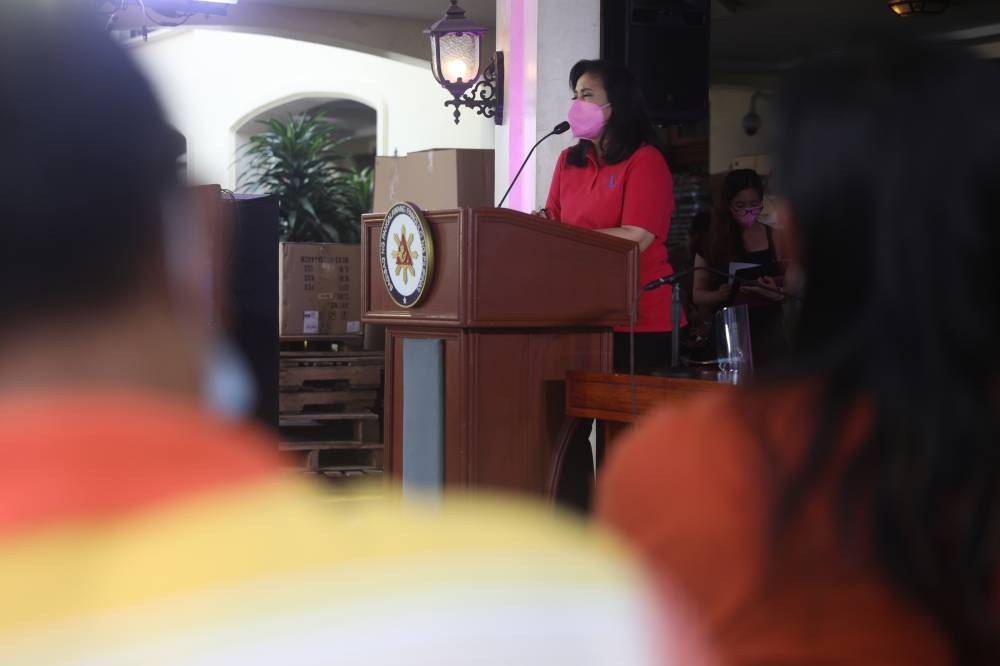 She said this in her keynote address at the 63rd Ramon Magsaysay Awards.

“This is the lesson of the pandemic: We need to build a future of true and radical solidarity,” Robredo said.

“Reflecting on these thoughts, I now ask: Is this not the future that governments should be dedicated to building? This future, where private individuals and organizations need not fill the gaps in the system with their compassion, because the system itself is compassionate,” she said.

Robredo said further on that inclusiveness should not be a matter of charity.

“It is the very rationale of governance. And this revelation can only be put into practice if those who govern truly understand the meaning of solidarity—walking in the slippers of the people not for show but for real, feeling their despair, carrying their burdens as their own. Only then can the structures blurred by patronage be seen with moral clarity—and be reformed, reoriented, or even dismantled to give way to a society animated by radical solidarity,” she said.

“When poverty strips people of their ability to take hold of their own destiny; when disease threatens those who have already lost so much to prejudice and inequality; when conflict tears people from their homes, their culture, their hope and memory; when silence and lies shrink the space for important stories to be told; when even the seas cry out for reprieve from the insatiable drive to extract and consume—we look to people such as the 2021 Ramon Magsaysay awardees and their fellows from across the decades as examples of how humanity ought to respond,” Robredo said.

“We look to them now, in the face of ongoing crises, and in anticipation of those yet to come. The world is still reeling from a pandemic that has exposed entrenched injustices in many of our systems. The pursuit of a better normal in its midst requires us to take stock—to ask ourselves whether the way we live, the way we see our fellow human beings, the way we dream, will yield the future that we want for coming generations,” she said.

“As the novelist Arundhati Roy said early in the pandemic, and I quote, ‘Historically, pandemics have forced humans to break with the past and imagine their world anew. This one is no different. It is a portal, a gateway between one world and the next…. We can choose to walk through it, dragging the carcasses of our prejudice and hatred, our avarice, our data banks and dead ideas, our dead rivers and smoky skies behind us. Or we can walk through lightly, with little luggage, ready to imagine another world.'”

Robredo said that examining the awardees’ lives shows clues on what the future we are tasked to imagine is.

“It is a future where, as the Mawakhat teaches, loaves of bread are teated not as leverage to move ahead of others, but as levers that can pull them up. Where the yields of human knowledge are not stockpiled to save only those who can afford it, but are shared with all. Where those who have lost their homes to war can not only expect shelter, but are welcomed and shown pathways to their dreams. Where the truth does not need to be dug up and sorted from the debris of disinformation, but is treated as the very baseline of communications. Where we see ourselves not as overseers free to exploit the resources of the planet, but as one nexus among many in an intricate and interdependent web of life,” she said.

“It is a future where rights and freedom and fairness and dignity are upheld not only when convenient, but as a matter of human survival. A future where empathy is the default; where every child grows up valuing every other human being, knowing that to devalue another, to hurt another, means to hurt ourselves,” she said.

The ceremonies this year was held online.