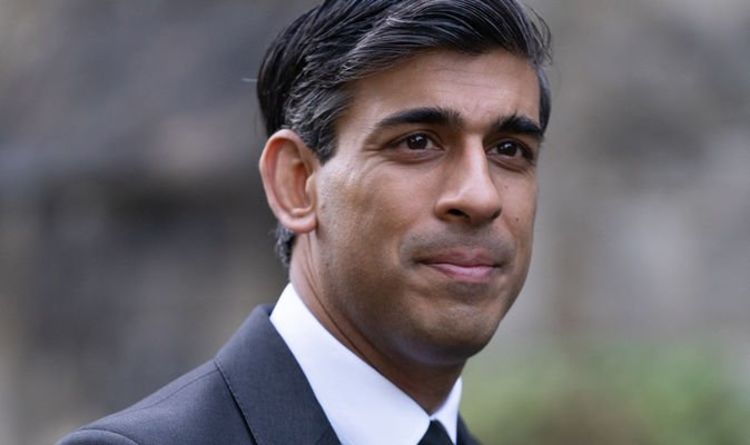 A leading think tank has warned the UK risks becoming an increasingly unappealing place for businesses to base themselves. The Centre for Policy Studies (CPS) warned the planned hike in corporation tax, the 1.25 percent rise in national insurance to fund social case, and a failure to overhaul business rates was damaging the UK.

The think tank said the tax rises would see Britain fall even further behind the US and Germany in a list of most competitive tax systems.

US based think tank the Tax Foundation currently places the UK as 22nd on the list out of the OECD’s 37 countries.

The CPS fears by 2023 the UK will have dropped as far as 30th – only narrowly remaining ahead of France and Italy.

Daniel Bunn, head of global projects at the Tax Foundation, warned: “The UK is at a critical juncture with its tax policy.

“The levelling up agenda could be curtailed by tax hikes.

“It will be critical for the Government to focus on reforms that push toward growth and investment.”

Tom Clougherty, head of tax at the CPS, added: “There is nothing wrong with getting the budget balanced, but are we going to do more harm than good with more tax increases?

“I hope that is not going to be something which looks in retrospect like a huge error, but it looks like it could be.”

The Chancellor has been looking at how to bring down the UK’s debt level after record high borrowing during the pandemic.

Net debt had reached more than £2.2trillion by the end of July this year, the highest rate since March 1962.

CBI director general Tony Danker said: “Are we going for growth? Or going back to tax and spend?

“There is a fundamental inconsistency where the Government wants to unlock business investment, but its tax policies do the opposite.

While there are fears the UK risks becoming more uncompetitive under Mr Sunak’s plans, earlier this month the Chancellor vowed Britain will become “the most exciting place on the planet”.

He told MPs at the Conservative party conference: “I was proud to back Brexit, proud to back leave, and that’s because, despite the challenges, in the long-term I believed the agility, flexibility and freedom provided by Brexit would be more valuable in a 21st Century global economy than just proximity to a market — that in the long-term, a renewed culture of enterprise, willingness to take risks and be imaginative would inspire changes in the way we do things at home.”

A Treasury spokesman said: “This Government has consistently backed business.

“The UK has a highly competitive business tax regime and remains one of the best places in the world to do business – we have a lower headline rate of corporation tax than any other major comparable economy and generous reliefs for both research and development.