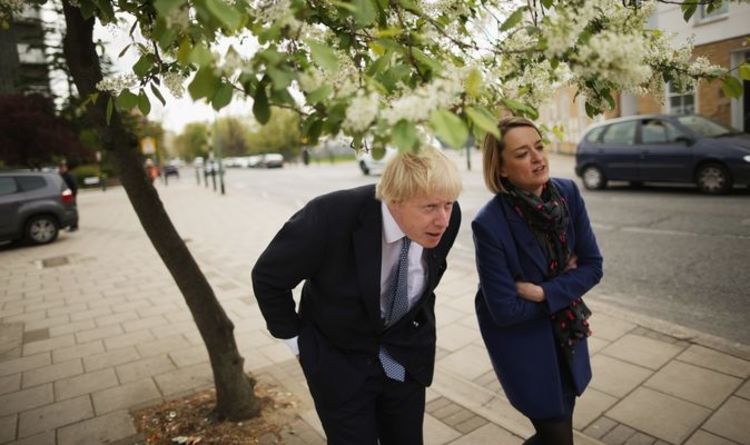 Ms Kuenssberg took to Twitter originally to discuss the reshuffle, however quickly deleted her original tweet. She had tweeted a follow-up tweeted explaining her reason for deletion, saying: “Deleted earlier tweet as Commons is sitting next week, but PM expected to head to UN meeting which means he will be away – so odds seem v much on reshuffle starting today, but ministers’ increasing nerves don’t mean it’s def happening !”

Rumours had been rife all day that the reshuffle was set to happen very soon, with a number of key changes being rumoured across Twitter.

Emilio Casalicchio, a reporter for POLITICO, tweeted: “OK I’m hearing from numerous sources now that there will be a reshuffle starting after PMQs.

“Then the rest of the appointments over the next two days.

“Caveat: I might be wrong. But watch this space.”

Steven Swinford, a political editor for the Times, also tweeted about the apparent changes which may occur as part of the now-confirmed reshuffle saying: “Raab could be moved to MoJ or CDL, Gove or Truss tipped to replace him at FCDO.

“Williamson could lose job at DfE, not clear if he will remain in Cabinet.

“Patel said to be vulnerable.

“Jacob Rees-Mogg & Mark Spencer both said to be safe.

She continued: “Having backed away from doing a reshuffle for a long time, will be fascinating to see how bold, or not, Johnson is willing to be today – not likely to be anything like his first brutal day in No 10 when SEVENTEEN ministers got the chop or packed it in.”

In a later tweet, Ms Kuennsberg said: “Johnson’s also hung on to ministers when they’ve been in trouble when previous PM’s would likely have let them go – Patel, Jenrick, Williamson have all stayed til now – where will they be by the end of the day?”

Furthermore, Robert Peston of ITV echoed the reshuffle rumours on Twitter as he said: “Cabinet is on reshuffle red alert, partly because the official drivers have been told to ready to ferry ministers at short notice.

“’I am hearing it could come later today and tomorrow’ said one senior member of the government.”

But it has now been confirmed by Boris Johnson that a reshuffle is taking place today, as a source close to number 10 said: “The PM will today conduct a reshuffle to put in place a strong and united team to build back better from the pandemic.”