Talks between Benjamin Netanyahu and Attorney General Avichai Mandelblit on a potential plea deal in the former prime minister’s criminal trial have made significant progress, and the state prosecution believes the ex-Israeli leader will sign such a deal within days, Channel 12 news reported Friday evening, citing unnamed officials.

The report said top officials assess Netanyahu has decided to go for a deal, and that an agreement could be finalized as early as next week.

Channel 13, also reporting on the latest developments, was less bullish on the prospects of a deal. It cited unnamed people with knowledge of the matter as saying it seemed like “a 50/50” matter.

Without citing a source, the network said Netanyahu’s family does not oppose such a deal, after rejecting previous talk of an agreement.

However, Channel 12 also noted that Mandelblit strongly distrusts Netanyahu, and has rejected proposals by the latter’s attorneys to start exchanging texts of an amended charge sheet for a deal.

Netanyahu, he insists, must first accept as a basic condition the framework of the deal: that he will be convicted of fraud and breach of trust; that he will remain an MK until the court determines his punishment and sentences him to 3-6 months in jail that will be commuted to community service; and that he will agree that his actions will be designated as carrying “moral turpitude” — barring him from public service for seven years.

Only after the premier fully agrees to this can the sides begin hashing out the nuts and bolts of the deal.

Channel 12 also said one person pushing Mandelblit to make a deal is former Supreme Court president Aharon Barak. Barak, the report said, believes the public interest in a plea deal is greater than the interest in seeing the trial move forward. The report did not say why he believes this to be the case. However, Barak believes this is only the case so long as the deal includes Netanyahu’s actions carrying moral turpitude.

The network said it contacted Barak, and he confirmed he had had conversations on the matter with Mandelblit. He would not say who initiated those conversations. 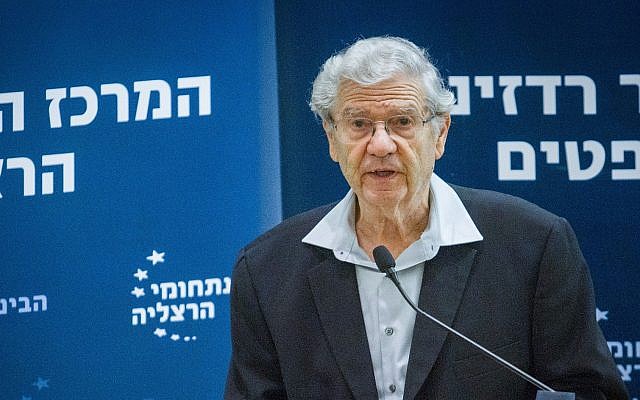 Former Supreme Court chief justice Aharon Barak speaks at a conference at the Interdisciplinary Center in Herzliya on January 2, 2018. (Flash90)

In recent days many observing the political sphere have assessed that a plea deal could doom the current governing coalition, brought together mostly by a distaste for Netanyahu. New leadership in Likud, according to conventional wisdom, would likely lead to the breakup of the government and the formation of a right-wing coalition.

However, unnamed sources in the coalition on Friday told Channel 12 they believed the government would survive a deal, at least in the immediate future — noting that it would likely take months for Likud to sort out its future if Netanyahu departs.

The deal reportedly being offered to Netanyahu would see bribery charges against him removed. The former premier would admit to lesser charges of fraud and breach of trust and receive only a mild sentence of community service. However, he would also be required to agree to a conviction that includes “moral turpitude” — ejecting him from public life for at least seven years and likely ending his political career. 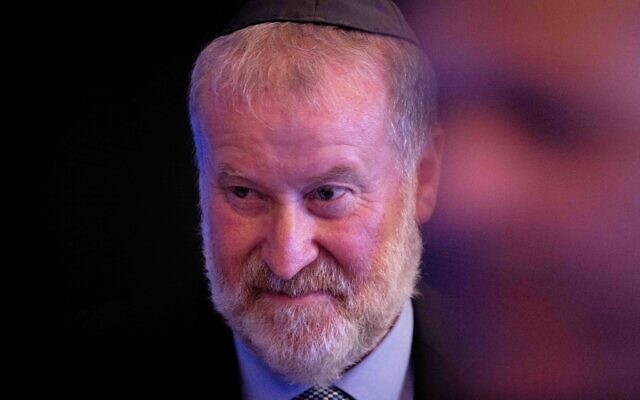 The issue of moral turpitude is currently seen as the main sticking point between the sides, but Mandelbit is reported to be steadfast in his rejection of any other option.

More specifically, the sides are said to be at odds over the question of when Netanyahu would resign from the Knesset — and therefore who would have the authority to determine if the charges amount to moral turpitude.

If he resigns before a final verdict, it would fall to the Supreme Court judge who heads the Central Elections Committee to make a decision before the next election to the Knesset. If, however, Netanyahu remains in office until a verdict is in place — Mandelblit’s purported preference — then the trial judges will make the ultimate decision on whether his actions amount to moral turpitude.

Netanyahu — who has long publicly proclaimed that his innocence would be proven in court, and previously vowed not to accept any plea deal — is reportedly consulting with aides about moving forward with a deal. Reports have indicated that Mandelblit may be eager to wrap things up before his term ends at the end of the month.

According to Channel 13, Netanyahu started considering a plea deal after receiving a legal assessment that key state’s witness Nir Hefetz’s recent testimony was effective for the prosecution’s case, and amid concerns that the upcoming testimony of another state’s witness, Shlomo Filber, could also be damaging. 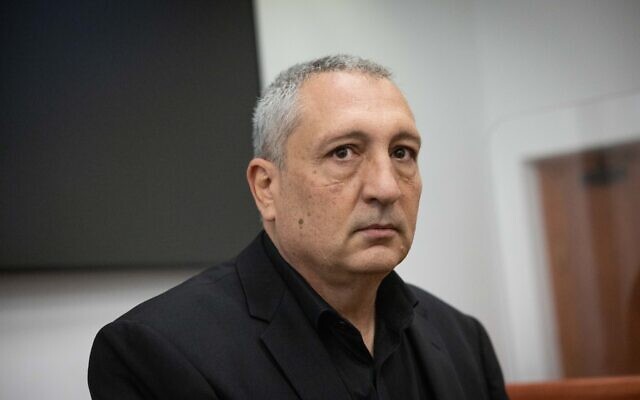 Nir Hefetz at the District Court in Jerusalem on December 6, 2021 (Yonatan Sindel/Flash90)

Numerous state prosecution officials were unaware of the negotiations for a plea deal with Netanyahu until Wednesday, with only Amit Aisman, the state attorney, and Liat Ben Ari, the lead prosecutor in the Netanyahu trial, kept in the look, according to a Channel 13 report Friday.

Netanyahu is on trial in three separate graft cases: fraud and breach of trust in Case 1000 and in Case 2000, and charges of bribery, fraud and breach of trust in Case 4000. He denies all allegations against him, and says the charges were fabricated by a biased police force and state prosecution service, overseen by a weak attorney general, in league with political opponents and the leftist media.