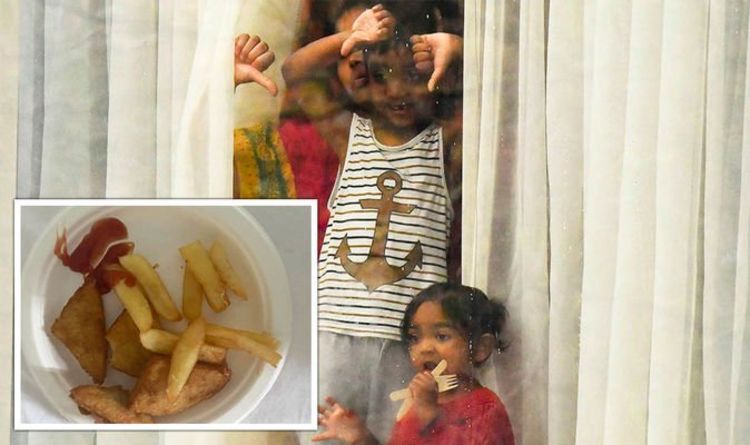 Under the UK Government’s coronavirus rules, anyone who comes from a so-called “red list” nation – encompassing dozens of countries, including Argentina, Mexico, Pakistan, South Africa and Thailand – must spend 11 nights in a Government-approved quarantine hotel, even if fully vaccinated and testing negative for Covid. The cost must be footed by the traveller, with the current bill at £2,285 per person.

London-based law firm PGMBM called for a judicial review of the policy last month, but the Government refused, prompting the firm to launch a legal case on behalf of “multiple clients”.

PGMBM said the enforced quarantine period represented an “unlawful deprivation of liberty” that “violates the fundamental human rights” of travellers.

The firm shared some of its clients’ stories with Express.co.uk, with claims of unclean hotels, whole families with young children and pregnant women trapped in tiny rooms without fresh air, rats in the rooms, intimidating staff, and NHS doctors unable to see families despite fighting the pandemic on the frontline.

The firm estimates more than 100,000 people have been forced to quarantine in hotels “unlawfully” in conditions, it claims, are equivalent to “imprisonment”, and is urging anyone who has done so to register their details.

Tom Goodhead, Managing Partner at PGMBM, said: “The people that are contacting us for help every day are not reckless globetrotters.

“They are typically people who have been forced to travel to care for relatives or attend funerals of their parents or siblings.”

He added: “The Government should look at the actions of almost every other major country in Europe who are exempting the double vaccinated from all forms of quarantine including hotel quarantine which most countries regarded as to extreme to even introduce in the first place.”

PGMBM is aiming to force the Government into reversing the policy with this class action and will seek financial recompense for those who have already had to endure the enforced quarantine.

As the legal action progresses, stories are beginning to emerge from those affected by the policy, with horrific reports of appalling conditions and harsh treatment of key workers.

One man, who declined to be named, contacted PGMBM on behalf of his wife, an NHS doctor who had worked throughout the pandemic in A&E and in intensive care, treating patients with Covid on the frontline, and was eventually given time off to visit her family in India.

He claims: “My wife needed to see her parents and grandparents in India for many reasons. She had worked solidly through the pandemic and hadn’t seen them at all.

“Her grandparents are old now and she thought it was the last chance she would get. She also needed the break – her mental health had suffered, she needed time off and her work were very supportive of that.

“We knew that she would have to quarantine when she got back and she weighed that into her decision to go. But what she didn’t anticipate was the conditions.”

He continued: “By far the worst was that she was put in a hotel room with tinted glass windows that were not allowed to be opened. There was no ventilation, which for a hotel that is meant to be restricting the spread of Covid, is really quite unbelievable.

“She was in King’s Cross, miles away from me in Oxford, and she was kept in her room with guards at the door and terrible food. She doesn’t eat meat and was given a menu from which to choose, yet when food was provided it was with meat and so she could often not eat at all.”

Another, Elizabeth Berkhout, 40, originally from South Africa, was separated from her husband throughout the majority of the pandemic, as he was working in London on a special skills visa as a data scientist.

He was eventually allowed to visit his family before they all travelled back to the UK together to avoid further separations.

She claims: “We knew that we would have to quarantine so we tried to be as prepared as we could be – but really it was so traumatic that we are still dealing with it now. There were three adults and one child in a family room – which was so small.

“Then there was no windows or ventilation. Awful food which meant we had to order in for 10 days at a huge cost. No laundry service unless we paid extra and five guards in just one corridor.

“After two or three days my children just got so listless. I have never seen an eight-year-old just lay about doing nothing – but no air, no food, no light and that happens.”

She went on: “But all of that wasn’t the worst of it. People in the hotel weren’t holidaymakers who could afford this. The majority were immigrants who had no other choice than to travel.

“They were people who had been separated from their families for long periods, or who had travelled for a family funeral. They were genuinely trying to return home to where they work.

“They aren’t rich people – they are poor. The system is all wrong and I feel strongly that it is discriminatory towards people of colour or a certain race.

Ms Berkhout also spoke of being “in fear of the staff” and the “dehumanising” effect of the ordeal.

One of the most distressing stories comes from Ozgur Akyuz, 46, a bus driver from Hackney whose pregnant wife and three-year-old daughter caught Covid while staying in hotel quarantine.

He claims: “My wife was travelling back to see family in Turkey because they had not met our daughter, and she hadn’t seen them for three years. There was talk of Turkey going on the Amber list, so we hoped it would. But we also applied for medical exemption because my wife was 30 weeks pregnant…[however we] had no response to this day.

“They were put in a hotel near Heathrow and it was filthy. She was crying all day long. She saw a rat in her room and kept being served bacon and sausages even though she told them she didn’t eat pork.”

He added: “On day three, they both tested positive for Covid. They had no symptoms and a negative test when they left Turkey so they must have caught it in the hotel. My wife, Esin, is still not recovered. She has been really poorly with it.

“They were allowed home after 10 days – but I then caught Covid from them. So we have all had it. If she had come home to quarantine, chances are none of us would have got it.”

These are just some of the dozens upon dozens of stories emerging from the case – if you want to get in touch, register with PGMBM here.

In response to this story, a Government spokesperson said: “We introduced the managed quarantine system to strengthen our defence against the risk of new coronavirus variants and protect our country – and the hard-won success of the vaccination rollout.

“It would be inappropriate to comment further while legal proceedings are ongoing.”

Express.co.uk has reached out to Corporate Travel Management – the company responsible for booking all quarantine hotel stays – for comment.