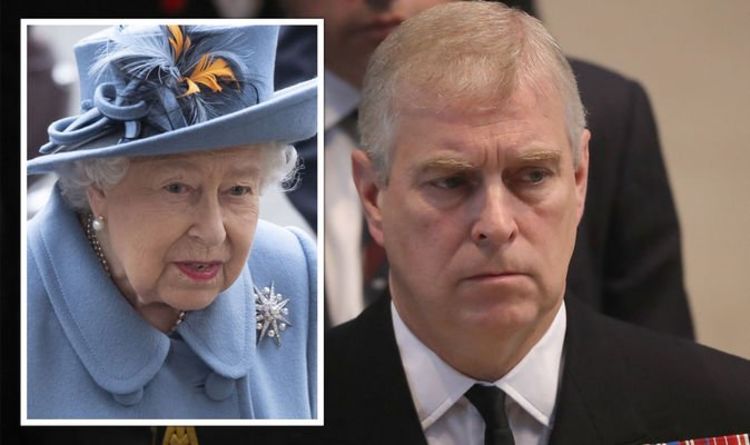 Prince Andrew, 61, has been accused of sexually assaulting Virginia Giuffre who claims she was trafficked by Duke’s former friend, and convicted sex offender, Jeffrey Epstein, to have sex with the duke when she was aged 17 and a minor under US law. The Duke of York has vehemently denied the claims. Royal biographer Angela Levin has claimed the Queen will not interfere with Prince Charles‘ plans to “keep Andrew well away”.

TalkRADIO host Julia Hartley-Brewer said: “In terms of how the Royal Family are going to deal with this.

“We know that Prince Charles is keen to keep Andrew well away from any public duties as he is already at the moment, there is no route back and he wants to slim down the Royal Family.

“The Queen though, she adores Prince Andrew. We always hear that he’s her favourite.

“Does she still want back on public duties?”

Speaking to the show, Ms Levin claimed: “I think last time she did say that he couldn’t be.

“He said a couple of days ago he was waiting for it to all blow over which shows how naive and arrogant he is because it’s not going to blow over.

“You can tell that a mile off; and that he will return to public duties before the Platinum Jubilee next year.

“It’s come back that no one thinks that’s going to happen at all.

He told the US district court for the southern district of New York that Andrew’s lawyers have “significant concerns about the propriety of this lawsuit”.

Mr Brettler was apparently appointed at the last moment after Ms Giuffre’s legal team accused Andrew’s lawyers of having “stonewalled” their attempts to get them to engage with the case.

The attorney has carved out a successful career defending allegations arising from the #MeToo movement.

“We believe this is a baseless, unviable, and potentially unlawful lawsuit that the plaintiff has filed against the duke,” Mr Brettler said.

“There has been a settlement agreement that the plaintiff has entered into in a prior action that releases the duke and others from any and all potential liability.”