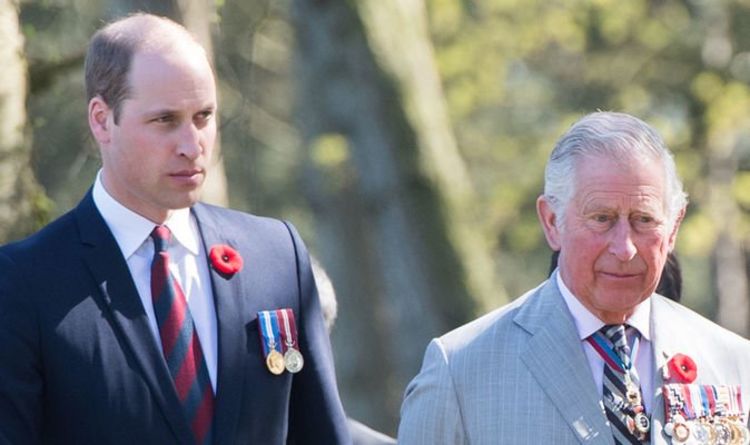 The Duke and Duchess of Cambridge have been in France to witness the wedding of James Middleton and Alizee Thevenet. They married in a low-key ceremony in the southern French village of Bormes-les-Mimosas. Sharing a photo of himself and Alizee to social media, James wrote: “Mr & Mrs Middleton.

“Words cannot describe how happy I am.”

William and Kate took their three children along with them in what was likely to be a welcome break from the intensity of royal life and escalated media attention.

The Duke has been at the forefront of reports in recent months following his and the Royal Family’s fallout with Prince Harry and Meghan Markle.

He and Kate have since ramped up their efforts and preparation for their future roles of King and Queen consort.

Much has been said of William’s soon-to-be position, with many suggesting that he may be better suited for it than his father, Prince Charles.

Judy Wade, a royal author, later said William had his mother’s “steely” nature and was made like a “Spencer”.

JUST IN: Kate and William ‘didn’t want to steal the show’ at James’s nuptials

When William and Kate toured Canada in 2011, Charles is said to have been caught in a feud with the newlyweds.

According to Sally Bedell Smith’s biography, ‘Charles: The Misunderstood Prince’, Charles thought their trip featured too many “tasteless” photo opportunities.

The writer added that the Prince “wasn’t best pleased with the camera-friendly couple.”

The tour had been organised by the-then Canadian Secretary to the Queen, Kevin S. Macleod, who made the couple’s itinerary less formal than previous royal tours.

Charles is also said to have been left “absolutely furious” about William and Harry’s public feud.

In 2019, a royal source claimed that he believed the fall out could overshadow his work.

He was at the time touring on the other side of the world.

The insider told The Sun: “The Prince of Wales is very busy at the moment touring Japan, including a visit with the Welsh rugby team.

Things appeared to settle when William and Harry came face-to-face at the unveiling of their mother’s statue in July.

It was their first meeting since Harry and Meghan Markle had sat down with US talk show host Oprah Winfrey in what quickly became a bombshell interview.

William and Charles have since worked closely.