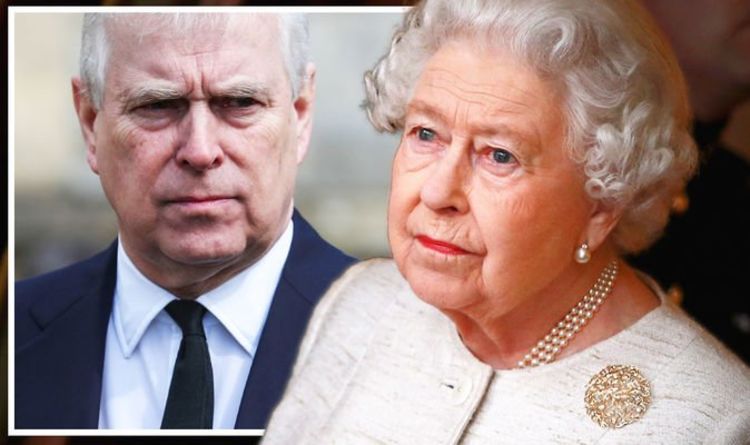 On Thursday, Buckingham Palace announced that the Duke of York’s military titles and royal patronages have been returned to the Queen. The Queen’s decision to remove these came just one day after it emerged that a judge refused to throw out a civil case launched against Andrew by Virginia Giuffre.

The Duke also won’t use his His Royal Highness style in any official capacity.

It read: “With The Queen’s approval and agreement, The Duke of York’s military affiliations and Royal patronages have been returned to The Queen.

“The Duke of York will continue not to undertake any public duties and is defending this case as a private citizen.”

On Thursday morning, prior to the news breaking, the Duke was spotted being driven from his property Royal Lodge for a meeting with the Queen.

It comes as the royal family is said to be “furious” with the prince over the claims and dragging the family into the matter.

A source close to Andrew on Thursday evening described him as “shell-shocked” by the Queen’s statement move.

The source added: “Given the robustness with which Judge Kaplan greeted our ­arguments, we are ­unsurprised by the ruling.

The letter read: “We understand that he is your son, but we write to you in your capacity as head of state and as Commander-in-Chief of the Army, Navy and Air Force.

“These steps could have been taken at any time in the past 11 years. Please do not leave it any longer.”

Andrew is being sued by Ms Giuffre, formerly known as Virginia Roberts who claims he sexually abused her on three separate occasions in 2001.

She alleges she was trafficked by Jeffrey Epstein to have sex with the Duke when she was 17.

The financier killed himself in 2019 while awaiting trial on sex-trafficking charges.

The Duke has repeatedly denied the allegations against him.

During his Newsnight interview in 2019, Andrew stated he has no recollection of meeting Ms Giuffre despite there being a photo of the pair together alongside Ghislaine Maxwell.

As the case is now in the “discovery” stage, Andrew can decide whether to defend himself against the allegations in a trial or to reach an out-of-court settlement with Ms Giuffre.