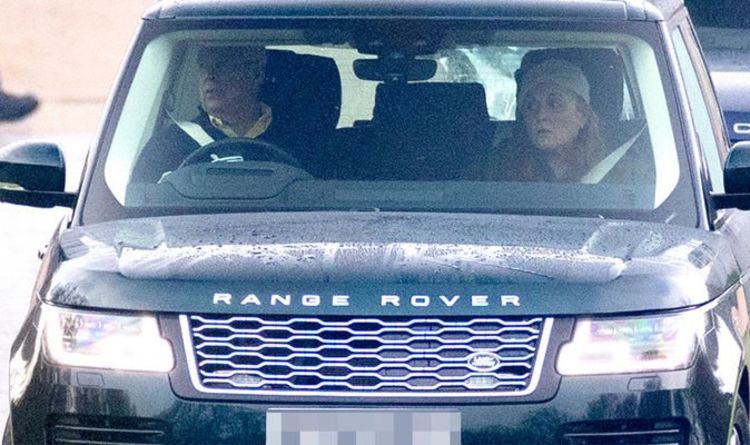 The Duke of York returned his royal patronages and ceremonial military titles to the Queen earlier this week as he prepares for a legal battle against Jeffrey Epstein accuser Virginia Giuffre. Ms Giuffre has accused Andrew of sexual abuse, claims which he vehemently denies.

In new pictures from Saturday January 15, Andrew and Sarah were seen driving from Royal Lodge, his residence in the grounds of Windsor Great Park in Berkshire.

Tailed by a security detail, the Duke and his ex-wife are seen exiting the gates of Royal Lodge.