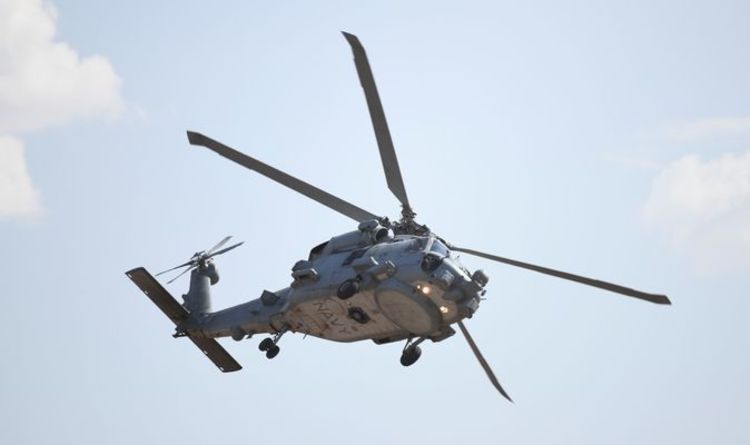 Three crew members were onboard the Royal Australian Navy’s MH-60R Seahawk when it was forced to complete the emergency water landing.

According to a statement from the Australian Department of Defence, the three crew members are now “safe”.

Sea boats from HMAS Brisbane saved the crew “approximately” 20 minutes after they hit the water.

Rear Admiral Mark Hammond said: “The successful rescue is credit to the devotion to duty and skill of the officers and sailors of HMAS Brisbane.”

He added: “Their immediate actions ensured the survival of the aircrew, validating the significant training undertaken in the event an emergency of this nature occurs.”