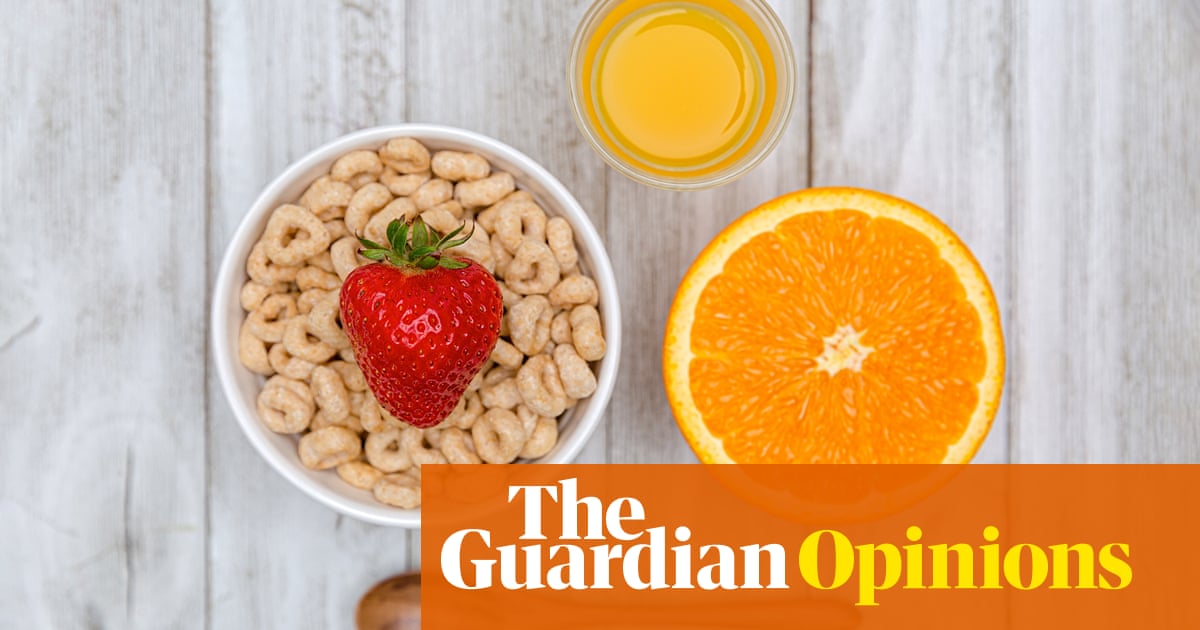 They walk among us. Seemingly ordinary people leading seemingly ordinary lives, who like to wake up in the morning and put disgusting wet things in their mouths. I’m sorry for kink-shaming but there are lines that should never be crossed: putting orange juice on your cereal is one of them. I’m all for unusual food combinations – I will eat peas with anything, even popcorn, but there really are basic standards we should all adhere to. Orange juice, I’m afraid, should only ever be consumed in a cup or glass.

Alas, it seems an awful lot of Americans disagree. According to a very scientific study conducted by Tropicana, 15 million Americans have tried pouring OJ over their breakfast cereal. Instead of publicly condemning these people, the purveyor of orange-based beverages is encouraging them: it recently came out with a new cereal designed to be eaten with juice rather than milk. The cereal, Tropicana Crunch, was launched on 4 May, which also happens to be a holiday made up by big citrus called National Orange Juice Day.

Tropicana is not the first brand to try to drum up some free PR by creating a disgusting-sounding foodstuff – gimmicky mashups are a tried and tested marketing tactic. Last year, for example, Van Leeuwen, a fancy ice-cream brand, teamed up with Kraft for a macaroni-and-cheese flavour ice-cream. This was a promotional stunt to honour … you guessed it, National Mac and Cheese Day. There has also been a pumpkin spice version of Cup Noodles. This, by the way, was to celebrate the brand’s 50th anniversary, rather than a made-up day. Speaking of which, it seems that today is National Eat What You Want Day. So, go ahead, you OJ-and-cereal-scoffing-barbarians – you get a free pass on Wednesday. On Thursday, however, maybe try experimenting with toast?