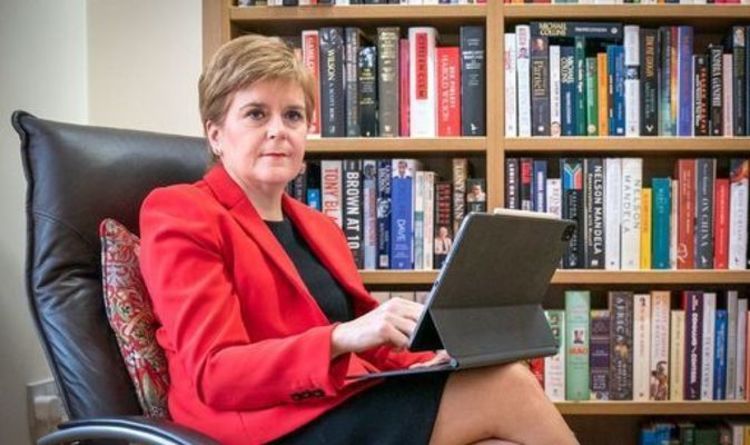 In her speech to the SNP Conference yesterday, Nicola Sturgeon slated the UK Government of exploiting the economic “damage” caused by Brexit to boost the case for the Union. She said in her keynote speech: “Brexit will make us poorer, year after year” compared with being an EU member state, with the working-age population and trade with Europe both likely to decline.

“But there’s a double whammy that Scotland must be alert to – and resist with all we’ve got. Westminster will use all that damage that they have inflicted as an argument for yet more Westminster control.”

She insisted: “By making us poorer, they’ll [the UK Government] say we can’t afford to be independent.”

But Donald Cameron MSP, Scottish Tory Constitution spokesperson, said: “Instead of focusing on the NHS crisis and protecting jobs, Nicola Sturgeon has invented her own nationalist Project Fear.

“To distract from the SNP’s domestic failings, she’s ramping up division.

“The SNP leader also dusted off the infamous ‘Arc of Prosperity’ to try and drum up some kind of economic case for separating Scotland in the middle of a crisis, when we need the strength and security of the United Kingdom more than ever.”

The Scottish Tories also accused her of inventing a “wild conspiracy theory” that the UK Government is trying to make Scotland poorer.

In her speech, Ms Sturgeon also said May’s Holyrood election had led to a “clear and substantial majority” in favour of independence and reiterated she wanted another referendum by the end of 2023, “Covid permitting”.

She added: “As always, Nicola Sturgeon’s solution to everything is to break up our country.

“She is not listening to the majority of people in Scotland who do not want independence and do not want a second referendum any time soon.

“Her government has nothing to offer but tired old arguments.

“The response to Brexit is not to put our economy at risk with a hard border with our largest trading partner or by abolishing the pound.”